Stevie Wonder & Kai Millard Morris are the proud parents of teen son, Mandla Morris –currently a competitor on Dancing With The Stars Juniors.

Mandla –son of legendary Motown singer and multi-instrumentalist Stevie Wonder and former wife, Kai Millard Morris –was born on May 13, 2005.

The former couple’s son can be seen putting on his best moves partnered with rising dance star, Brightyn Brems, on the show, with Cheryl Burke serving as their mentor. 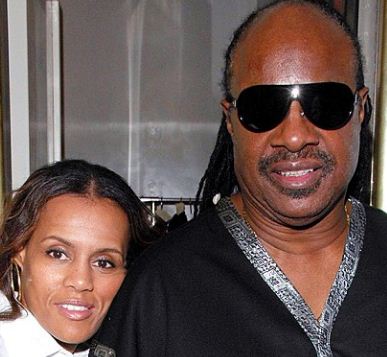 Stevie and Kai were married from 2001 until 2015. Through Stevie, Mandla has his older brother, Kailand, along with eight other half-siblings. 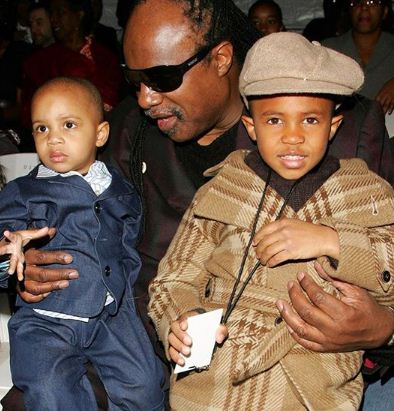 Though he may not become a famous singer like his iconic father, Mandla does play the piano and has showed interest in becoming a fashion designer. He loves to draw and sketch clothing. In addition to design, Mandla is also interested in acting.

As for his mother, Kai Millard Morris, she is a well-known fashion designer and influencer. The D.C native went on to studied fine arts at the Corcoran College of Art and design in Washington DC and later was hired as an art director, moving her to New York, NY only in her second year of college.

She premiered her ready-to-wear collection in 2005 under her name at New York Fashion Week –quickly earning her spot in the fashion community. After marrying Stevie, she moved to Los Angeles where she pursued a number of endeavors including, acting and business.

The former couple tied the knot in the Bahamas in July, 2000. They later re-married in Los Angeles September, 2001. She gave birth to son Kailand in 2001 and welcomed Mandla four years later. The couple split in 2012 after 11-years together.