Bill Milner is the young actor believed to be in a relationship with British star, Maisie Williams –best known for her work in HBO’s acclaimed Game of Thrones.

22-year-old Maisie –born Margaret Constance, has literally grown up in front of millions of fans of the hit TV show. She was just 11 years old when she first gave life into the character of Arya Stark.

But Williams who was raised by mother, Hilary Williams along with her three older siblings –is now old enough to date and even do shocking ***-scenes. Prior to Bill Milner, Maisie was romantically linked to another boy, Oliver Jackson. She and Jackson attended the premiere of Game of Thrones together a couple of years ago deciding to go public with their romance. But that is ancient history and the new guy apparently is Bill Milner.

The two allegedly met during the filming of the 2017 film, iBoy. 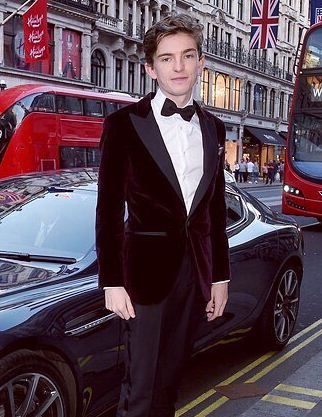 Bill was born William Henry Milner on March 4, 1995; in Surrey, England, United Kingdom. Milner is a graduate from Teddington School. He made his acting debut at age 12, in the Hammer & Tongs film Son of Rambow.

He is perhaps best known for playing a young Magneto in X-Men: First Class. Other acting credits include Is Anybody There? with Michael Caine, Who Killed Mrs De Ropp?, My Boy Jack, Skellig and the biopic *** & Drugs & Rock & Roll. He also appeared in a music video for the Australian rock band Tame Impala.

He played the role of Tom Harvey in the Netflix film, iBoy, with Maisie Williams –and though is not clear if they are in fact a couple, the two have been pictured looking very comfortable with each other. They have both appeared in each other’s social media and have attended red carpet events together. In addition the two will be working closely together as they recently announced they will collaborate in a short film.