Peter Shue is the man who dated Madonna back in the day. The two were an item in the early 90’s and our guess is, that the fella is one of queen of pop’s biggest regrets!

The 58-year-old material girl is in the middle of a controversy involving a number of her personal items going up for auction. Among the items there is a pair of worn panties she gave Shue as a gift. In case you haven’t heard Madonna is not cool with action happening and was able to obtain an order to stop it. However, it seems her nightmare isn’t over.

Peter Shue recently spoke to TMZ and told the gossip site he thinks a judge blocking the auction won’t hold up and that the panties will hit the auction despite legal issues. But, just in case Madonna wants the panties back, he added, she can place a bid like anybody else or call him directly to arrange a deal. How bout that!

Peter Shue 58, is a New York native who describes himself as a celebrity party promoter and gangster. He and Madonna dated briefly in 1994. Shue wrote a book about it, “The Petter Shue Story/ The Life of the Party” was released in 2013.

In the book, Peter Shue writes what he calls the ‘true story bout a universally known Super Star’s ex boyfriend.’ 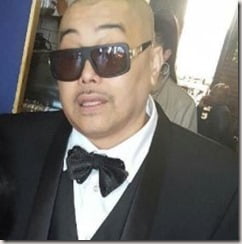 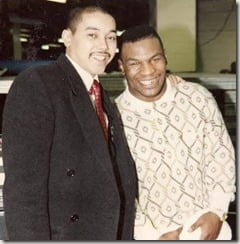 Back in 2014 it was reported he was after Madonna because she allegedly set him up years ago. As a result he spent 20-years behind bars. Shue was incarcerated in 1995 on drug charges. Shue said at the time he met Madonna in New York City back in the summer of 1994. He claimed she promised to help him make it big in the music industry.

Instead, she introducing him to the informant whose testimony would ultimately land him in jail.

Needless to say, Shue is enjoying having those panties in his power.