The body of missing MacKenzie Lueck -a student at the University of Utah -has been found two weeks after she went missing.

Authorities have revealed Lueck’s remains were discovered in Logan Canyon in Logan, Utah earlier this week. The 23-year-old student, was last seen June 17. A 31-year-old Nigerian named Ayoola Ajayi was arrested last week in connection to her murder. 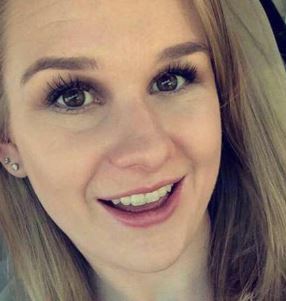 #1 She was a student at the University of Utah

Ms. Lueck was studying kinesiology at the University of Utah, where she expected to graduate next year, the school said in a statement. She was also a member of a sorority, Alpha Chi Omega.

#2 Her disappearance prompted a massive search in Utah

Lueck went missing June 17 after arriving at the Salt Lake City airport following her grandmother’s funeral in Los Angeles. She was reported missing by her parents after she missed a midterm at the University of Utah.

#3 She met with her alleged killer

The murder suspect, Ayoola Ajayi; is said to have killed the pretty blonde after a chance meeting on June 17. The two allegedly met at a Salt Lake City Park. According to investigators, Lueck disappeared on June 17 after taking a Lyft to a Salt Lake City park from the airport. At the park, she met up with a man in another vehicle. Authorities now believe that mystery person was Ajayi. Their phones show the pair left the park together around 3 a.m.

#4 It was originally reported her killer had burned her body

The announcement that Lueck’s body was found comes a week after police said that investigators had dug up Ajayi’s backyard. After he killed her, police says Ajayi burned something and buried the charred remains on his backyard. His neighbors confirmed to authorities that they saw Ajayi burning something on June 17. Police then obtained a warrant to search his home.
After discovering evidence of a fire, police excavated the area where human female tissue and Lueck’s personal item were found. DNA tests confirmed the remains were those of Mackenzie Lueck.

After the authorities began investigating Mr. Ajayi, they became aware of a book that had been published under his name last year. The book appears to have been removed from Amazon, where it was offered for sale.

#6 Her killer has been charged

Ayoola Ajayi, 31, is charged with aggravated murder, aggravated kidnapping, obstruction of justice and desecration of body, in connection with the disappearance and slaying of Lueck.

Logan, where Lueck’s body was found, is home to Utah State University, which Ajayi once attended.
The university last week confirmed that he had been a student there on three separate occasions beginning in the fall of 2009 and including spring 2015 prior to his leaving the school in fall 2016.
Is still not clear how Ajayi and Lueck might have known each other.

According to the Lyft driver, MacKenzie met someone in a parked car; he also told police that Lueck did not appear to be in any distress as she was dropped off. That was the last time she was seen alive.

#9 The alleged killer doesn’t have the best reputation

Ajayi was suspected of raping a co-worker in 2014, but the investigation was dropped after the woman decided not to press charges, according to records provided by the North Park Police Department. More recently, a Utah contractor said that Ajayi approached him with a request to build a soundproof room hidden beneath his porch, according to the Deseret News. He’s also been described as a man with a mercurial temper who would become irate over minor disagreements.

#10 Friends and family held a vigil in her name

Friends and relatives of Mackenzie Lueck, mourned her at a vigil in Salt Lake City last Monday