Agueda Lopez is the stunning, **** and supportive wife of Grammy Award-winning Latin singer, Luis Fonsi. The two have been happily married since 2014 and share two children together.

Agueda’s husband has been in the Latin music scene since the late 90’s however he’s gained recent acclaimed for the hit-song and this year’s summer anthem ‘Despacito.’ A duet with urban music leader, Daddy Yankee which later gained broader recognition when Justin Bieber joined the project in a remix version.

The Puerto Rican native studied music at Florida State University and released his debut album in 1998. In the year 2000, he recorded a duet with Christina Aguilera for her Spanish crossover album. 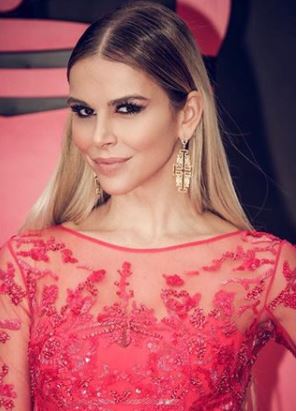 Believe it or not, Fonsi has been married twice with the gorgeous Agueda Lopez being his second and current wife. He was previously married to Puerto Rican native and actress, Adamari Lopez. The former couple ended in divorce in 2010, after four years of marriage.

He and Agueda Lopez tied the knot in October 2014. However the couple welcomed their first child together, daughter Mikaela in 2011 –out of wedlock. On December 20, 2016, Agueda Lopez gave birth to their second child, a son named Rocco. 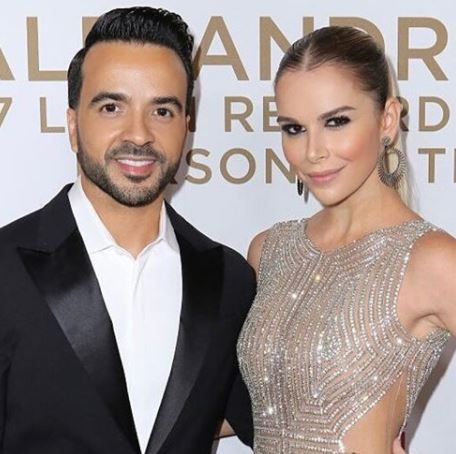 Agueda Lopez was born in Cordoba, Spain. The **** blond is a successful model, and businesswoman. The wife, mother and entrepreneur has her own clothing line and has her own website, Agueda-Lopez.com.

Agueda studied journalism while living in Madrid. She is also a classically trained dancer and eventually left dancing to pursue her modeling career. She was discovered at a beauty contest while in her teenage years. The model has also made the transition to TV hosting. In 2013, she landed her own segment on “Despierta América.” She also served as a coach in Univision’s “Nuestra Belleza Latina.”

She co-hosted “iShowBusiness Extra” for the U.S. and Latin America, as well as presenting the variety show and welfare VITAL (by R90D) transmitted by Mundo Fox, Channel 8.

No doubt, both Agueda and her hubby lead busy lives.