Meet Lucas Yancey, now if you are a die hard Bachelorette fan, you probably know this guy right here landed a spot on the ABC show and will be seen doing everything he can to win, Rachel Lindsay’s heart.

But for those who just heard the show will air tonight, you are in luck! Because we will tell you everything you need ot know about Yancey, one of the alleged ‘guys to watch’  in the upcoming reality.

Lucas Yancey is an actor, writer and producer based in Los Angeles. He has a whole ‘lotta YouTube videos, and his own IMDB page. This is certainly not the first time he is in front of the cameras. He has appeared on a number of commercials and movies.

Aside from appearing on the hit TV show, Yancey has also been making headlines on his own. Unfortunately it is not for the best of reasons. Last April it was reported by several outlets that he was arrested on DUI charges.

Alright so this was a decade ago but still sound pretty serious, we hope he learned the lesson.

Accoridng to RadarOnline, the then-20-year-old was charged with driving under the influence of alcohol and/or drugs with bodily injury.

Not only that, he also had two counts of injury to multiple victims and six counts of infliction of great bodily harm, leading to his arrest and $50K bond. 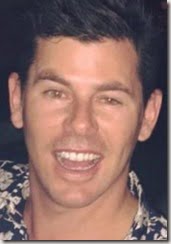 Pin At first he pleaded not guilty to all charges, but later withdrew his plea on the DUI .08 with bodily injury charge. He then entered a plea of nolo contendere, i.e., he accepted the conviction as though a guilty plea had been entered but did not admit guilt.

The remaining charges were then dismissed due to another negotiated plea. As a result of the whole ordeal, he was sentenced to 20 days in jail, three years probation, and 500 hours of community service.

He also had to pay $1,611 in fines, and complete a first offender program. Ah! to be young and stupid!

The 30-year-old interestingly cited his occupation of his ABC bio as a “Whaboom” –and though the term will likely become a popular hashtag soon enough, Yancey has everyone guessing on what it exactly means. 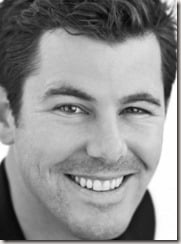 Yancey also has his own website, just like every up and coming actor should. In it, the California says he attended UC Berkeley and majored in Legal studies with a focus in Business.

When the actor, producer thing is not working, Lucas Yancey also works in Real Estate as a private investor and developer.

Will Lucas Yancey have a chance with serious lawyer Rachel Lindsay or will she annoyed in finding out he is an actor and a whaboom?