Tom D’Agostino Jr. was recently hitched to TV reality star, Luann de Lesseps. The former couple called it quits on their marriage less than a year after tying the knot.

Luann de Lesseps a countess thought her first marriage to French entrepreneur and aristocrat Count Alexandre de Lesseps –came to prominence in 2008, after being cast in the reality television series The Real Housewives of New York City. At the time she and de Lesseps were still together.

The marriage lasted from 1993 until their divorce in 2009. The TV personality, model, author and singer is the mother of two children, Victoria and Noel de Lesseps.

She went onto tied the knot a second time in December 2016 to Tom D’Agostino Jr. In August 2017, de Lesseps announced she and D’Agostino were divorcing. 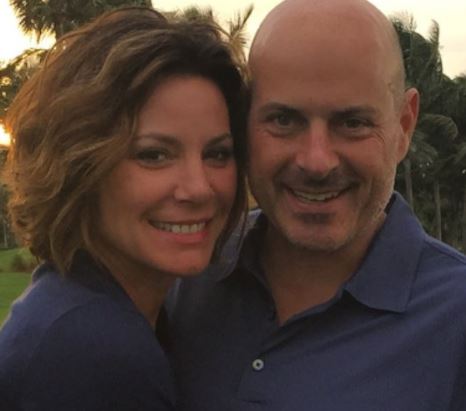 Luann who is currently working on a cabaret act, was arrested for disorderly intoxication, battery of an officer, resisting arrest and making threats against a public servant on Dec. 23 Reports say the 52-year-old pleaded not guilty and is due back in court on January 25th.

Luann who was said to be with a mysterious man during the drunken rampage, announced her split from D’Agostino Jr. seven months after their marriage. They got engaged after three months and then were married a year after.

Tom D’Agostino Jr. told about E! about their split “”I fell in love, got married quickly and am very sad that two people in love are not together,” “The publicized reasons for the divorce make for a great Reality TV story line. I wish Luann much happiness and love.”

Thomas D’Agostino Jr. was born December 31, 1966 –he is a successful entrepreneur, and Founder and CEO of Smart Source, LLC –which provides commercial and marketing materials to businesses. He previously worked for Workflow and Hano Document Printers.

The New York Businessman became known for his relationship with Luann. Past relationships include Tom D’Agostino Jr. getting it on with Ramona Singer.