Yvonne Boismier Phillips is the lovely wife of Hollywood actor, Lou Diamond Phillips. The two have been married for the last 10-years and share one child together.

Her man was born Lou Diamond Upchurch on February 17, 1962 in Subic Bay Naval Base, Olongapo City, Zambales, Philippines. The son of a naval aircraft mechanic, he was raised in Flour Bluff, a small town near Corpus Christie, TX.

He received scholarships to the U.S. Naval Academy and to Yale, however Phillips preferred to attend the local University of Texas at Arlington –where his passion for acting grew stronger. He appeared in several drama club productions and in a local comedy troupe.

After years of working in Fort Worth Theater and small Texas-produced independent films, he landed the starring role in the 1987 hit biopic La Bamba. Other roles have included that of a troubled gangleader who is reluctantly inspired to change by a charismatic math teacher in Stand and Deliver (1988); and his portrayal of young outlaw Jose Chavez Y Chavez in Young Guns (1988). 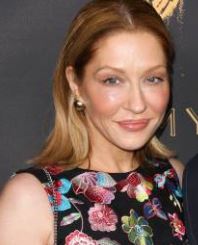 Though he worked steadily in films through the decade, Phillips was almost a forgotten quantity in Hollywood. In 1995, his career took a surprising and unexpectedly successful turn when he landed the role of King Mongkut in The King and I. In 1996 he starred opposite Denzel Washington in Courage Under Fire. 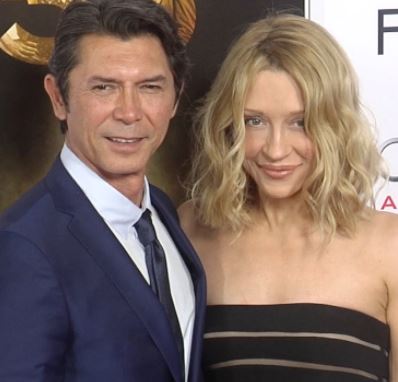 Phillips who is also an avid poker player has been married three times, most recently to the lovely, Yvonne Boismier.

He first tied the knot to filmmaker Julie Cypher in 1987. He and Cypher ended their marriage in 1990. His second marriage was in 1994 to Penthouse model Kelly Phillips –with whom he fathered three daughters: twins Grace and Isabella born in 1997 and Lili born in 1999. He and Kelly separated in 2004 and finalized their marriage in 2007.

He and Yvonne Bosmier tied the knot in August 2007. The two had been dating since 2004.

Yvonne Bosmier Phillips is a makeup artist who according to her IMDb page, has worked with fashion magazines such as Marie Claire, German Vogue, French and German Elle.

She has now been married to the actor for a decade. However the couple have faced their fair share of problems, back in 2006 Phillips was arrested for domestic violence following a dispute with Bosmier. He was sentenced to three years of probation and a year of domestic violence counseling.

Most recently, her 55-year-old husband was arrested for DWI in Texas.

In 2007 the couple welcomed their first child together. Yvonne Bosmier Phillips gave birth to a daughter, Indigo Sanara Phillips in October 2007 –two months after their marriage.