Alice’s husband is also known for producing the Late Night series, The Kids in the Hall and The Tonight Show.

Born November 17, 1944; the Toronto, Canada native grew up the oldest of three children.

Lorne majored in English at University College, University of Toronto, from which he graduated in 1966. He started as a writer and producer for the Canadian Broadcasting Corporation and starred in the comedy series “The Hart & Lorne Terrific Hour.” In 1968, he moved to Los Angeles and worked as a writer for NBC’s “Rowan and Martin’s Laugh-In.” He left for New York in 1975 to begin “SNL.” In 1979, Michaels founded his production company, Broadway Video. By 1987 he had become a US citizen.

Lorne usually stays in the background, but he occasionally appeared on SNL, most notably on a skit where he offered the Beatles $3000 to reunite on the show.

Michaels has won 13 Emmys as a writer and producer of television. He was inducted into the Television Academy of Arts and Sciences Hall of Fame in 1999, and in 2004 he received the Mark Twain Prize for American Humor.

On his private life, Lorne has been married three times in his lifetime. He first married Rosie Shuster in 1973 and divorced from Shuster in 1980. Michaels married Susan Forristal, a model, before divorcing for a second time in 1987. 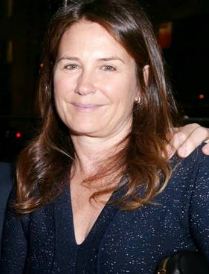 Alice Barry is his third and current wife. The two have been together since 1991 and tied the knot in 2004.

The couple met after she was employed as his assistant. Together they are the proud parents of 20-year-old daughter, Sophie Michaels. Lorne is also the father of two sons, Edward Michaels and Henry Michaels.

Sophie Michaels is a college student currently attending Yale University. Henry Michaels went to Deerfield Academy and also studied at Dartmouth College. Edwards Michaels who goes by Eddie – Studied at Vanderbilt University and is an Assistant at Broadway Video.