Lori Vallow & Chad Daybell are missing husband and wife who are also suspects in the dissapearance of Lori’s two underage children, siblings Joshua and Tylee.

Reports say Joshua Vallow and Tylee Ryan, were last seen last September as well as her mother and her new husband; but it was unknown to Idaho authorities about their disappearance until recently. 7-year-old Joshua Vallow is Lori’s adopted son while 17-year-old Tylee Ryan is Lori’s biological daughter.

Police in Idaho says the couple Lori Vallow & Chad Daybell -lied about the whereabouts of their children. According to a statement from Rexburg Police Department, Lori and her new man, had lied about Joshua staying with a friend in Arizona.
When police went to the Daybells’ house to serve a search warrant after they discovered Joshua wasn’t with a friend, they determined that the couple had “abruptly” left their home and fled the area. 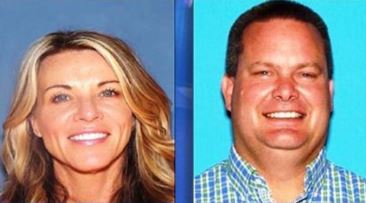 According to outlets, the case gets even more bizarre. Lori Vallow & Chad Daybell became husband and wife while he was still married to another woman and just months later his previous wife was found dead. Daybell was married to a woman named Tammy -who was found dead in her Fremont County home on Oct. 19. At firts her death was ruled natural but the Fremont County Sheriff’s Office later launched an investigation into the possibility that it was suspicious.

In another strange twist, police believes the death of Tammy may be linked to the disappearance of siblings Joshua and Tylee and think the children could be in serious danger due to Lori’s new husband’s religious believes. Family members say after Lori married Chad, she joined his religious cult and a series of deaths began occurring including both her previous partners. According to the Daily Mail, her previous husband Joseph Ryan, Tylee’s father, died of a heart attack in 2018.
In July, her husband Charles Vallow, was fatally shot by her brother, Alex Cox, in Chandler, Arizona.

Chad Daybell ‘has worked in the publishing business for the past two decades and has written more than 25 books’ According to his website, he is currently the president of Spring Creek Book Company.