Lorenzo Lazo was until today, the husband of Mexican actress, Edith Gonzales -known for starring in numerous Mexican telenovelas.

Lorenzo’s actress wife died June 13th surrounded by family at her home in Mexico City. The star succumbed to cancer three years after being diagnosed. She was 54-years-old.

She revealed in 2016 that doctors discovered cancerous tissue in her abdomen, and she was diagnosed with stage IV ovarian cancer. She underwent surgery to have her ovaries, uterus and lymph nodes removed. Her cancer went into remission in 2017, but came back earlier this year.

Edith González Fuentes was born December 10, 1964; in Monterrey, Mexico. She had her first acting role at age 5 and got her start in telenovelas at age 15 when she played the role of the spoiled daughter in “Los Ricos También Lloran” or “The Wealthy also Cry”

She landed numerous roles through her more than 40-years of career.  Gonzales who was always casted in main character roles, also appeared in “Salomé” “Dona Barbara” “La Jaula de Oro” “Mundo de Fieras” and “Corazón Salvaje” -which she starred next to late Mexican actor, Eduardo Palomo.

She is survived by her husband, Lorenzo Lazo and two children. 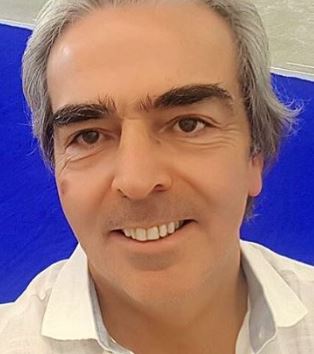 Lorenzo Cesar Lazo Margain and Edith Gonzales were married in 2010. The couple had known each other almost six years at the time they married. He stood next to her and became her caregiver in her final moments.

According to Bloomberg, “serves as the Chairman of the Board of CEOLL & M.M. Consultores S.C. He served as a Director of General de Seguros, S.A.B. He is an Economics Degree from Instituto Tecnológico Autónomo de México.”

Lorenzo and Edith didn’t have children together. She was the mother of a 15-year-old daughter, Constanza from a previous relationship with politician Santiago Creel Miranda.