Loreal Tsingine is the Navajo woman who was gunned down back in April by a police officer in Arizona.

The shooting of the 27-year-old mom, left Native Americans living near the Navajo reservation in Arizona, asking why a “big white male” police officer had to shoot a “petite Native woman” five times. The Navajo community called for a federal investigation.

A week after the shooting, Austin Shipley, was identified in a press release from the Arizona Department of Public Safety as the Winslow Police officer who shot and killed Tsingine on Easter Sunday.

Tsingine was suspected of shoplifting from a Winslow convenience store and allegedly threatened Shipley with scissors as he tried to arrest her.

Following a three-month long investigation by the Arizona Department of Public Safety into the fatal Easter shooting of Loreal Tsingine by Winslow Police Officer Austin Shipley.

A press release by Maricopa County Attorney Bill Montgomery stated that the county attorney found no evidence of criminal conduct on the part of officer Shipley and that he would not charged. 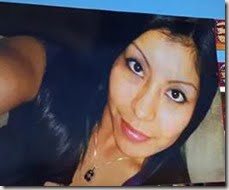 “We’re just going to regroup and keep going,”  “We’re still going to follow through with our lawsuits to make sure that we get our justice on cowards Austin Shipley and (Winslow Police Chief) Stephen Garnett.”

Once found by Shipley, as he attempted to detain her, she did not comply. While he kept trying to detain her, Shipley saw that she was holding scissors, “which she swung at him.”

Shipley then retreated with his weapon drawn and gave multiple commands for the suspect to stop and drop her weapon, according to the press release.

She did not comply and instead got up and aggressively advanced on the officer with scissors in hand. Officer Shipley discharged his weapon and fired at least five times. Loreal Tsingine was pronounced dead at the scene. 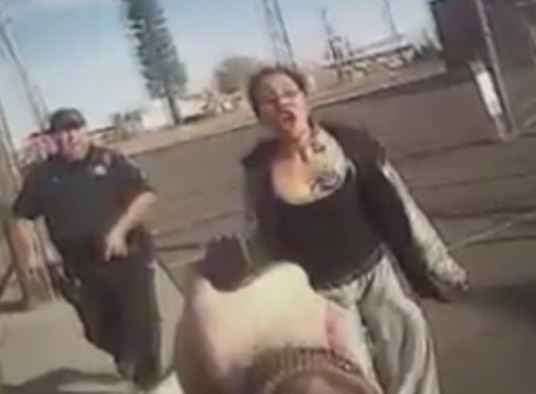 New released footage shows Tsingine advancing toward the officer with a pair of silver scissors in her left hand.

Loreal Tsingine was taking medication for a psychotic disorder at the time of her death. It’s been revealed she went through a similar situation months before in which she swung a punch to a police officer who tried to arrest her. She was arrested and a warrant for her arrest was active.

She was wanted on suspicion of breaking the terms of her parole.