83-year-old Lois Colley has passed away in her home in North Salem. Lois was the wife of Eugene Colley, the Chairman at The Colley Group LLC.

The Colley family is well-known on the Manhattan night-life and society scene. Eugene Colley made a fortune with a chain of McDonald’s franchises.

Lois Colley’s passing has been ruled out as a possible murder recent reports say.

Police announced Colley was found dead Monday by a worker in her 258 Titicus Road home, a sprawling hilltop estate with multiple buildings known as Windswept Farm. They said in a statement they are investigating her “suspicious death.”

Lois Colley was an active volunteer and socialite who was dedicated to her family. In her younger years, Lois Colley, enjoyed riding horses. She was a regular at local fox hunting events. According to the town historian, Lois Colley also played golf and was a member of the Waccabuc Country Club.

Lois and her husband Eugene have four grown sons together. 62-year-old Bruce, 60-year-old Bryan, Cornelius, known as Neil, 55, and Dean. Before her husband’s rise in the McDonald’s business, the couple lived in Brewster –where Eugene “Gene” Colley, owned a bakery. 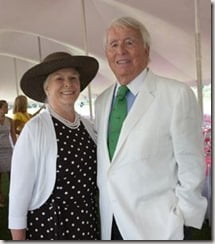 Lois and Eugene’s son, Bruce Colley, was accused as the man who broke up the marriage between Andrew Cuomo and ex-wife Kerry Kennedy, the NY Post reported. Bruce was also married at the time. His wife Ann Colley filed for divorce following the scandal.

Lois Colley was a longtime member of the Brewster-Carmel Garden Club. In recent years, was seen walking to the office at the family business, The Colley Group.

No further details of regarding her death have been released by police yet.