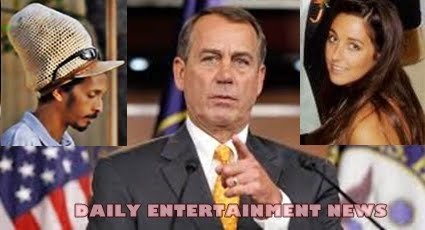 I bet Republican politician John Boehner who currently serves as the 61st and current Speaker of the United States House of Representatives might not be so happy about giving away his eldest daughter Lindsay Boehner, who is getting married next month.

But why won’t  Mr. Boehner feel happy that Lindsay is getting married, his youngest daughter Tricia got married in 2011  to James “Jak” Kinney and they are doing great, what’s wrong with pretty Lindsay’s fiancé?

for starters, he has been  arrested not once but twice, this last arrest involved possession of *********, let’s not forget Boehner said he is ‘unalterably opposed’ to legalizing *********, even for medical purposes.

It seems that Lindsay Boehner’s boyfriend and soon to-be hubby 38-year-old Dominic Lakhan born in Jamaica and a construction worker in Florida was first bust for possession of an open container while driving in 2003, Lakhan’s second arrest was for misdemeanor possession of two grams of ********* during a traffic stop in Pembroke Pines in 2006; according to police reports

“upon making contact with the driver,’ an officer ‘observed in plain view a 16 oz. Natural Lite beer can opened in the driver door.”

“The officer ‘also detected the odor of burnt cannabis emitting from the interior of the vehicle. A search of the vehicle revealed two bags containing approximately 2 grams of suspected cannabis… inside the center of the ashtray.”

Dominic B. Lakhan a Delray Beach resident and Lindsay Bohner  who lives in Hollywood, FL will get married on May 10th according to their wedding registry. We found that Dominic’ family are from Trinidad and Tobago, his sister Delicia works at Silver Lakes Animal hospital in Pembroke Pines.

As so the last of John Boehner’s girls is officially off the market Lindsay Boehner and her new husband Dominic Lakhan are officially married. 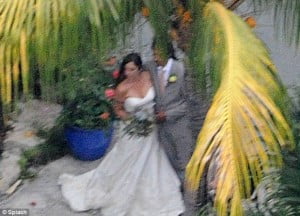 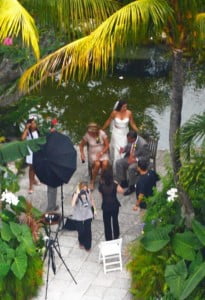 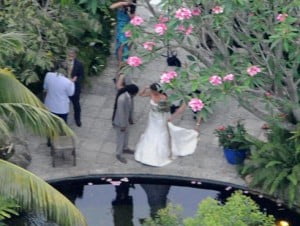 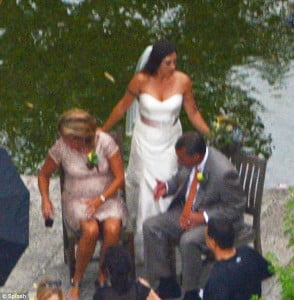