Liliya Novikova was a Russian professional poker player who accidentally died after electrocuting herself in her Moscow apartment. She was 26-year-old.

The alarm was raised after her parents couldn’t get hold of her. Liliya’s parents became concerned when they failed to contact her for several hours at home.

According to local media, her body was found in the bathroom by a neighbor who is a longtime friend of the family. Tragically, Liliya electrocuted herself with a hairdryer. It is believed she had been drying her hair in the bathroom when she inadvertently suffered a fatal electric shock.

Novikova lived in an apartment in Moscow with her parents but had been alone at home when the accident occurred.

Russia’s Investigative Committee, revealed there were signs of electrocution injuries on Ms Novikova’s body. An investigation has been launched but all reports suggest it was a tragic accident. 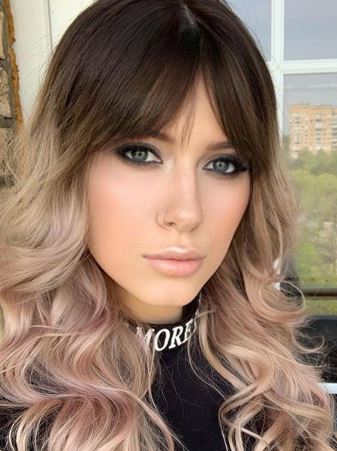 The stunner wasn’t only a pretty face; Liliya Novikova had gained notoriety in the online gaming community after achieving significant poker victories in the e-sports scene. She filmed masterclasses in poker which were widely followed online and was also a keen cyclist and snowboarder. She also enjoyed a number of other sports, including rowing.

She was well known on Twitch.tv, a live streaming channel for online gamers.

And that’s not all, according to her social media, in addition to her professional poker playing career, the stunner had also studied Metal-cutting machines and tools at the prestigious MSTU – Bauman Moscow State Technical University. She was listed as a design engineer.

According to The Sun, Novikova shunned offers to work at leading industrial companies to pursue a professional poker career. She reportedly died four days shy of her 27th birthday.