Leslie Hall is the elementary school former classmate of Orlando shooter, Omar Mateen. She spoke to TMZ to say Mateen, showed signs that he was capable of doing something terrible at an early age.

Hall revealed that while attending the fifth grade at Mariposa Elementary, Omar Mateen, who at the time was known as Omar Seddique, threatened to bring a gun to school and go on a shooting spree. His comments were not taken lightly and students eventually told a teacher. As a result Mateen was suspended for 2 weeks.

Leslie Hall also recounted other ‘red flag’ situations an otherwise normal preteen wouldn’t do. She spoke of how she was bullied by Mateen and that in middle school Mateen had a history of throwing chairs and spitting on his teachers.

If that isn’t bad enough, on 9/11, Omar claimed that he was nephew to Osama Bin Laden.

Hall said: “To think this could have been prevented if someone just went the extra mile to try and help. It’s sickening,” “We sat next to him in classes and were bullied for years and nothing was done. Now this.” 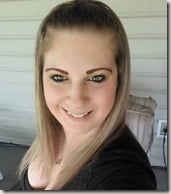 The blonde, remembers perfectly well, her mom having multiple meetings with the school faculty about Mateen’s constant bullying of her and other students.

According to her Facebook page, Leslie Hall worked at Seacoast National Bank and also at PNC Bank as a teller. She is currently in a relationship with Jay Duane.

On June 12, she posted a photo of a young Omar Mateen to her Facebook page, with others following in the comments with more images of Mateen saying he was also in their classes and labeling him a ‘trouble maker.’

Hall is not the only one who agrees that there was something wrong about the young Mateen. According to the NY Daily News, an anonymous teacher from his school days also told WPEC that Mateen had a tendency towards violence and lashing out while at Mariposa, which he attended from third to fifth grade.

According to this teacher, Omar was allegedly told by his own father, Seddique Mateen, that he did not have to listen to women or teachers!

A number of other former classmates support Leslie’s comments of Omar Mateen and also shared a grade school photo of the future killer.