Leila George D’Onofrio is the stunning and young girl from the land down under. This is the girl caught locking lips with actor Sean Penn in Oahu, Hawaii and then again at the Los Angeles County Museum of Art. Check them out here

Are you wondering why Leila’s last name sounds familiar? I can tell you why, that is because her father is the Daredevil villain Vincent D’Onofrio, 57, her mom is Italian-Australian actress Greta Scacchi, who like twiced divorce Penn is 56. 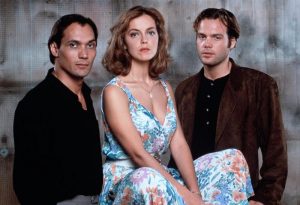 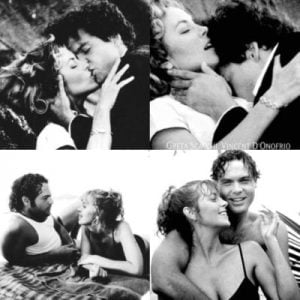 Leila D’Onofrio is  a stunning actress born with talented acting genes indeed. Leila studied acting at The Australian Film School in Sydney and in New York at the Lee Strasberg Institute. She starred alongside James Franco and Tori Spelling, as Leah Lewisohn in the 2016 tv movie Mother, May I Sleep with Danger? (I guess we already know the answer to that one!!). But then again, she is a grown up, and knows what is best for her, plus I doubt he would want to up set her father, he is a big guy!

In 2017 she will portray Edna Hodges in James Franco’s new film The Long Home. This year, Leila George has been recording the audiobook for Pappy Pariah‘s book “Bob Honey: Who Just Do Stuff” alongside her new rumored boyfriend Sean Penn.

Penn and the Ladies

The Award winning actor, twice divorced father of two who has dated some of the most beautiful women in the industry. By all means, he dated  the lovely Scarlett Johansson and Minka Kelly. He started dating actress Charlize Theron in 2013, after a brief engagement they split up in June, 2015.

He has two children from one of his two marriages. Surprisingly his eldest child is just a year older than his new rumored girlfriend.