Leidanett Rivera is a Bronx woman who just months ago lived her life scrounging around for her next ****** hit but now says going to jail is what saved her life.

Mrs. Rivera probably lived below the human range as she described her story to media. The 39-year-old says she spent her nights inside an open-air ****** den in the South Bronx while shooting drugs up her neck because her veins where that badly damaged.

Leidanett Rivera who is also HIV-positive –had survived two overdoses and weighted close to 100 pounds before her arrest. She was just one of many suffering from the ****** epidemic in South Bronx. She used to work as a car mechanic.

She also survived an assault attempt at other hard-core ****** users when she was accused of being a snith after she was featured in a story revealing their gathering place known as ‘the hole’ –which was eventually closed by police. 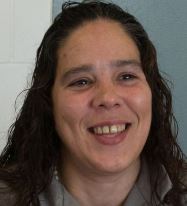 Just over a year into her recovery, Rivera -of Puerto Rican origin is certain that being in jail is what has given her the chance to be alive today. She is currently locked up at Rikers Island and since has been receiving treatment which consists on counseling sessions and doses of methadone along with other needed medications.

During an interview, a smiley Leidanett Rivera claims her drug conviction has saved her life. She told reporters, ‘jail was my rehab’ adding ‘jail made me realize how much I could lose in a minute’

Leidanett Rivera –who is also known as Lady –was born February 16, 1979; the 39-year-old mom was arrested on a few charges that include, shoplifting. Pictures from before and after show a 360 change for Rivera who is looking a lot healthier.

She has put on weight, her skin looks healthy and she is in a better state of mind. She also acknowledge during her interview the presence of God in her life.

Rivera will be release later this week and it remains to be see how she’ll do outside of jail. Her story is one like many who struggle with opioids abuse and can only get the treatment they need while in jail.