Diane who was previously married to Marcus Fitzgerald from 2005 until 2014 -has been in a relationship with JB Benn for sometime however, the couple seems to be having major issues. According to reports, the two are suing each other with JB saying Neal owes her money and with Neal calling him a ‘manipulative, abusive scumbag’

The now ex’s met at a ski resort in frosty Park City, Utah, in December 2013. JB Benn, the so-called world’s best magician, happened to be at a front table with her friends. He approached her and introduced himself and they hit it off. Two months later they began living together at Neal’s New Jersey home. 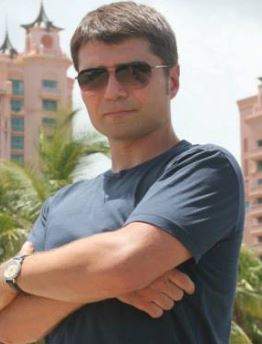 44-year-old JB Benn was born in 1975 to a Dutch mother named Vera Krijn and father, Charles Benn. His parents split and he was raised in NY by his mother and stepfather, William Wood Williamson.
Benn performed his first show in 1991 at age 16. In the years since, Benn has had several celebrity run-ins. The magician’s website cites a motley crew of high-profile endorsements, from former Google CEO Eric Schmidt, to filmmaker J.J. Abrams, to masked singer Sia, to Moby. In 1995, Benn made a cameo appearance in the Harrison Ford remake of Sabrina, playing a dinner party magician. In 2004, he got a bigger break co-starring alongside magician Chris Korn in A&E’s Mondo Magic.

JB Benn specializes in what he calls organic magic. “Our magic,” Benn told Philstar Global of his 2004 series Mondo Magic “is organic.” He’s said variants of this same quote countless times. “What I love about the magic we do,” he told The Malaysian Star in 2006 for a Singaporean reboot of the same program, “is that it is organic.”
He had his own TV series, Magic Man, which ran on the Travel Channel in 2013. In the following years, Benn has focused on working corporate gigs and private events.