Lauren Pesce is the knock out girlfriend of TV reality star, Mike Sorrentino –best known for his participation on MTV’s Jersey Shore.

Lauren’s beau is facing another scandal. Following  his reality TV stint, Mike kept on grabbing headlines thanks to ongoing legal troubles and a struggle to get sober.

Now, the 33-year-old could be facing decades in prison if convicted for allegedly tax evasion.

Lauren and Mike have actually known each for years. They were college sweethearts and dated for three years before taking their separate ways. The two reconnected after Sitch’s reality TV stardom.

Her beau was born Michael Paul Sorrentino July 4, 1981. The Staten Island native has been on Jersey Shore since its debut in 2009 until 2012.

He had previously worked as a fitness center assistant manager and underwear model. Sorrentino made more than $5 million in 2010 from his endorsements and reality TV salary, the second highest of any other reality star. 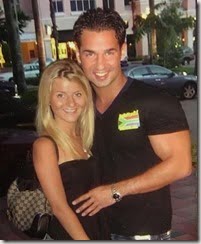 Speaking about her boyfriend’s appearance on Jersey Shore, the blonde told Us Weekly

“I didn’t like a lot of the things he did, but we weren’t together! I was just glad he had found success.”

According to Lauren the two picked up where they left off in 2013 and have been together ever since.

Pesce, who runs fashion blog The Style Bae, is also a fitness freak.

Lauren also made her on reality TV debut when she and Mike decided to put their relationship to the test on WE tv’s Marriage Boot Camp. She and Mike have been engaged since 2015. 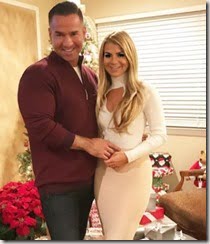 Lauren Elizabeth Pesce describes herself as a “fashion enthusiast, lifelong blonde and lover of all things golden” on her life and style blog –where she shares fitness tips, workout routines and top beauty picks.

The hot blonde attended a local college in New Jersey and later transferred from the small school to LIM to pursue a degree in the fashion industry which was her lifelong dream. 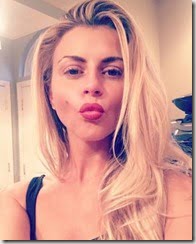 She landed a job as an intern for Elle and later worked directly with Giuseppe Zanotti –at the time she worked as an Associate Buyer at Saks.