Laura Svetkey is the wife of late Dr. Charles Van Der Horst -who tragically lost his life as he competed in the 120-mile 8 Bridges Race in the Hudson, last Friday.

Laura’s husband was an internationally recognized AIDS researcher and former professor at the University of North Carolina. He worked in the Division of Infectious Diseases at UNC Medical School. His body was found on Tuesday on the shoreline of the Hudson near Dyckman St. in Inwood -reports say.

Van der Horst leaves behind his wife Laura and the couple’s two daughters, Anna and Sarah. 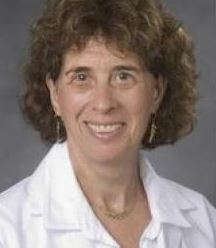 Like her husband, Laura Svetkey is also an awarded doctor. Laura who is a professor of medicine (Nephrology); received in 2017 the Diversity Award, one of Duke University’s highest honors.
Dr. Svetkey -a North Carolina native, attended Harvard Medical School, she interened at Montefiore Medical Center where she also made her residency training.
Laura Pat Svetkey has over 30 years of experience in the investigation of hypertension, obesity, and related areas.
In her research, Dr. Svetkey has provided valuable insight into how best to treat hypertension and obesity among minorities in the United States. In her role as the Vice Chair for Faculty Development and Diversity, she’s spearheaded diversity efforts in the Duke School of Medicine.

At Duke since 1982, she’s helped organize the Faculty Development Academy, the Program for Women in Medicine and the Minority Recruitment and Retention Committee. She currently sits on the Dean’s Diversity Leadership Group and the Faculty Diversity Council.

She and Dr. Charles were married for over three decades.