Laura Gallacher is the baby-mama and girlfriend of actor and notorious womanizer, Russell Brand. Congratulations are in store for the couple who welcomed their first child together over the weekend.

The funnyman broke the news during his gig at the Nottingham Playhouse, saying he, “needed to get down the f***ing M21 as my girlfriend has just had a baby’.”

It seems the 41-year-old has put and end to dating days, to settle down with the young and gorgeous blonde.

But, who is the woman that was capable of such task? The 27-year-old is not directly linked to the entertainment world, but she is quite familiar with it. Her older sister, happens to be TV presenter Kirsty Gallacher – know from her gig on Sky Sports News and her participation on Strictly Come Dancing.

The sisters grew up together on the wealthy town of Wentworth Estate in leafy Surrey. They certainly had a privileged childhood as the daughters of golf legend, Bernard Gallacher and his wife Lesley. The sisters also have a brother, James. 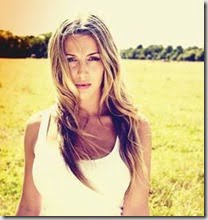 The lovely Laura Gallacher, describes herself as a homemaker and according to the Mirror, she has worked in the restaurant industry. She was employed by at the Moral Fox restaurant in Notting Hill. She was also involved with opening the posh Electric Diner for the Soho House Group.

The stunner also runs her own blog, called The Joy Journal and makes her own bespoke dungarees.

According to reports, they have actually known each other for quite some time. According to online sources they met in 2007 and had a brief on and off relationship in 2009. They rekindle their relationship last year during a trip to Rome. 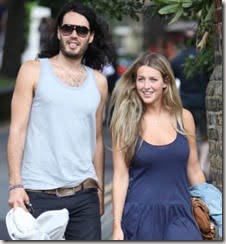 Brand –who was married to Katy Perry –threw an engagement party for Laura back in June, after the pregnancy news broke.

You can check out lovely Laura Gallacher on Twitter here.