Shawn’s long time husband is said to have suffered a heart attack. Recent reports say the 85-yeard-old is currently at the hospital recovering.

Born Shawn Engemann on November 5, 1959; the California native is the daughter of a recording-industry mogul and a vocalist for Hollywood movie studios. She has a sister Shannon, and two brothers, Paul and Ryan Engemann.

She began her career in entertainment as a singer and later transitioned into acting and TV hosting.

As a singer she performed backup in recording sessions for such artists as Neil Diamond, Tennessee Ernie Ford, and Bobby Sherman. 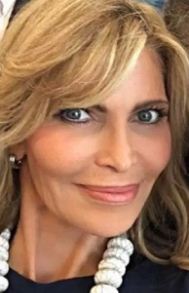 After high school, Shawn attended Brigham Young University in Provo, UT. She had a career as a supporting actress and enjoyed a heightened profile as a guest star on popular mid-’80s prime-time series including The A-Team, Knight Rider, Hardcastle and McCormick, and Riptide.

She has been married to the legendary TV host, since 1997. Shawn who is 26-years younger than King, is his seventh and current wife. King was previously wedded to Freda Miller, Annette Kaye, Alene Akins (twice), Mickey Sutphin, Sharon Lepore and Julie Alexander.

Shawn and Larry are the proud parents of two sons, Cannon and Chance King The blonde is also the mother of Danny –born from her first marriage to Daniel Southwick. Her son Danny, is an Arena Football League quarterback.

Shawn made headlines when in 2017, she was accused of cheating on Larry. The shocking details appeared in The National Enquirer, the report claimed that Shawn was having an affair with a man named Richard Greene –described as a ‘top confidante’ to Princess Diana.

Also in 2010, the couple actually filed for divorce amid reports that the 76-year-old cheated on her with her younger sister. The ‘Larry King Live’ host and the lovely blonde each cited ‘irreconcilable differences.’ Months later they called off the divorce proceedings.