Betsy Cowan is the devastated mother of late Country singer Kylie Rae Harris -who died back in September following a deadly car crash.

Betsy’s 29-year-ol daughter was killed after recent reports say she was speeding and drunk at the time of the fatal crash. The lovely singer lost her life in a three-vehicle crash in New Mexico on September 4th. 16-year-old Maria Elena Cruz was also killed in the crash.
Harris, who was traveling south on State Road 522 in a black Chevrolet Equinox, struck a black Chevrolet Avalanche from behind, initially sending her vehicle into the northbound traffic lane. Harris’ vehicle then collided head-on with Cruz’s white 2008 Jeep, which was traveling north on SR 522 at the time.

On July 1, 2010, Kylie released her debut album titled All the Right Reasons, followed by an EP in 2013 titled Taking It Back.
Kylie Rae Harris is survived by her 6-year-old daughter Corbie, and her mother, Betsy Cowan and sister Randee. 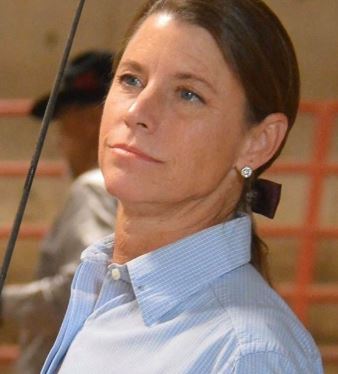 Betsy Cowan is also known as Betsy Linscott Cowan; she describes herself on social media as a “Real Estate Guru, Horse Chick and Mostly doing what God made me to do”

Betsy Cowan is originally from Raymore, Missouri. She is a graduate from Raymore-Peculiar Senior High and attended the University of Denver where she studied Marketing management. She is a former store manager at The Children’s Place and also used to work in sales at The Container Store. She lists herself as a owner/partner at No Hill Farm.
She is also a broker Associate/Realtor at Betsy Cowan, Team 1 DFW Properties and Managing Partner at Honor Equestrian & Outdoor Family Center. She previously worked at Keller Williams Realty. In addition she is a “momager, Merch Lady at KRH Family”

Betsy is married to Brent Cowan, she and her family are currently based in Wylie, Texas. Speaking to People, Betsy Cowan said alcohol is “something [Kylie] struggled with on-and-off over the years”