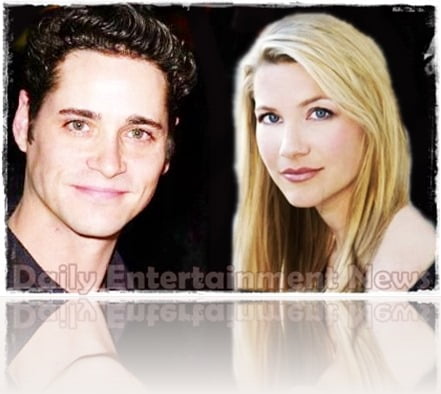 Seth Peterson Kylee Cochran and her Burn Notice  husband Seth Peterson are about to become parents for their third time, but according to Kylee she will do this on her own as her hubby left her for a 22-year-old side piece while she was three months pregnant, because of that Mrs. Cocharn has decided there is no point in remaining married to this guy when he clearly doesn’t want anything to do with her, so she has filed for divorce.

43-year-old Seth Peterson from Harlem, NY played the role of Nate Western in the television series Burn Notice. he met his wife Kylee Cochran when she was a guest in the t.v series Providence where Seth played Robbie Hansen. Kylee got married to Seth on May 20, 2001 and had two children together their son Lennon and  daughter Fenix will become  big brothers in less than three months.

Part of Kylee Conchran’s most notorious filmography include her role as Tracy in The Crow Salvation, Nikki in Pacific Blue, Terri in ER, Nichelle in Summerland, Alana in Sedona and Ruth Western in Burn Notice, these last two she appeared along her soon-to-be ex-hubby.