Meet Kristina Cohen; the California native is the actress, notably known for her role as Hayden in the t.v series Ladies Like Us, more recently Ms. Cohen is as well the woman who claimed British actor Ed Westwick raped her at his home more than three years ago. Westwick known for his role as Chuck Bass on Gossip Girl denies her claims, he said he doesn’t know her whatsoever. 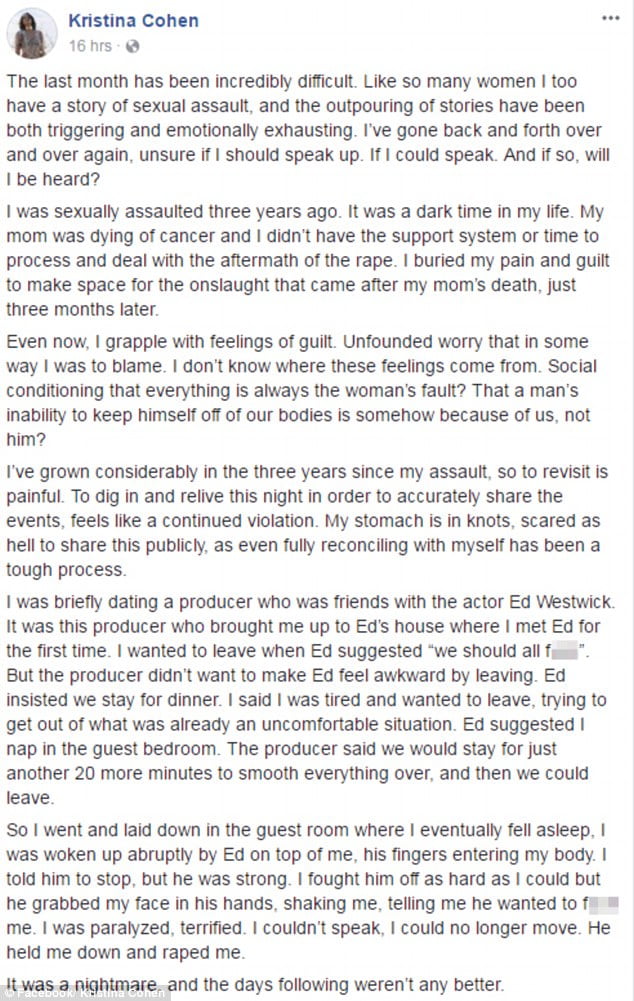 Check out these 7 facts about Kristina Cohen you all must know about.