Rachael Gordon is the longtime girlfriend of guitarist and musician, Ace Frehley -best known for his time with the rock band KISS.

Rachael’s boyfriend and longtime partner is one of the original co-founding members of Kiss. He was with the band from its inception in 1973 until his departure in 1982.

Born Paul Daniel Frehley on April 27, 1951; the New York native was thirteen, when he started learning how to play guitar.
He became the guitarist and vocalist for Kiss, the group known for hits like “I Wanna Rock ‘N’ Roll All Night.” Ace has also released music as a solo artist, including the album Anomaly.

The 68-year-old has been in a relationship with Rachael Gordon for over a decade. He was previously married to Jeanette Trerotola on May 10, 1976 and they had one daughter together.

He and Rachael Gordon have been together for the past 11 years however, according to recent reports it seems there’s trouble in paradise. TMZ reports the former lovers are estranged from each other and that is not all. Rachael Gordon apparently wants nothing to do with the musician since she filed a restraining order against him.
Gordon was granted a temporary restraining order against the original KISS guitarist after an alleged frightening incident at their house.
Gordon told authorities “Frehley returned home from a business trip unannounced to collect his things and barged in with a male and a female bodyguard, along with his daughter, Monique. According to Rachael, the female guard threatened her with physical violence and Monique screamed at her, “You are a skank. My family will kill you.” 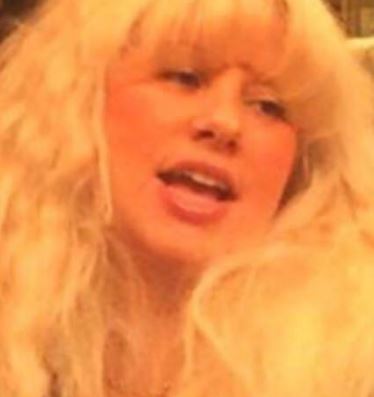 During happier times, Ace referred to Gordon as his wife, though is believed they were never married. Last year, the blonde who is 16-years younger than her ex- alleged that Simmons once tried to have Frehley killed. Rachael made the revelation after Frehley said in Facebook post that Simmons groped and propositioned to Gordon.

51-year-old Rachael Gordon is a singer-songwriter. The blonde San Diego native had a “moderate” hit record in Germany which led to coverage in the German edition of Rolling Stone. According to the San Diego Reader, Rachael Gordon has recorded with classic-rock Gods Foreigner.
She’s maintained a low musical profile since the turn of the 20th century, although she did appear at San Diego Poptopia in 2000 with Jason Falkner, Beachwood Sparks, and others. For awhile, she was doing duo shows around town with partners like Bart Mendoza and Ron Silva, as well as occasional full band performances.
She also released two albums, “Rock ‘N’ Roll Girl” and “The Coming of Spring.” Rachael is also credited with writing lyrics for his 2014 solo album Space Invader
She and Ace met while on a tour back in 2008.

Check her out on MySpace here.