Kimberly Halkett is a Canadian journalist who is going viral after she was caught at the presidential debate cursing at a woman.

The blonde who is an International News Anchor & Correspondent for Al Jazeera Media Network, was robed of the perfect moment to interview Mark Cuban when another lady got in her way.

The unidentified woman was pushed away by what it seems a security person and with her, Kimberly Halkett lost trace of Cuban.

That’s when Halkett turned to the woman and said: “Thanks a lot, b***h’

According to the NY Daily News, the unfortunate moment was recorded by a Washington Post reporter in a Vine clip. Halkett is yet to comment about the incident.

We did some digging about Kimberly Halkett and there is a few interesting details about her.

Kimberly is listed as the U.S. Congress, Justice & Intelligence correspondent for Al Jazeera.

She proudly writes on her Twitter bio, she is inspired by her grandfather Bill Haskett, who is a photojournalist. 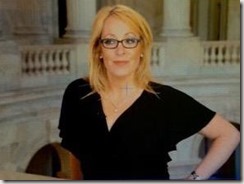 According to her profile on Al Jazeera, Kimberly Halkett is a Canadian born journalist. She moved to the U.S. in 1998 and is based in Washington.

Her resume includes reporting on the Administrations of Presidents Clinton, Bush and Obama. The reporter and presenter has been employed by Al Jazeera since the launch of the network. She has been working for Al Jazeera English for the past 10-years. 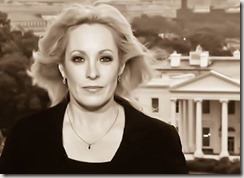 Prior to joining AJE, Kimberly was a US National Correspondent for Canada’s Global Television network, reporting exclusively for its flagship evening newscast, “Global National.”

Accoridng to her LinkedIn she holds a Bachelor of Applied Arts, Journalism. She graduated from Ryerson University in 1992.

From 1999 until 2001 she worked for the Fox Television as North American Correspondent for America’s Most Wanted. 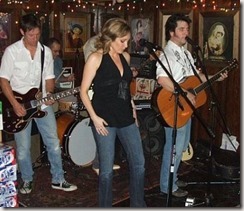 Kimberly Halkett is also a married woman and the mother of three children. Her children are sons, Chase and JJ. Her daughter’s name is Brooklyn.

Believe it or not, she also used to sing in a band called The Highballers.