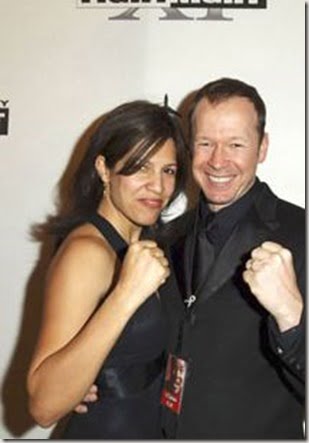 Kimberly –a recording engineer –and Donnie were married for 11 years, from 1999 till their “irreconcilable differences” in 2008 and until finalized in 2010.

The couple met when Kim –who used to sing –did session work for Marky Mark and the Funky Bunch. At the time Donnie said the couple had tied the knot in 1999 “in case the world should come to an end”

45-year-old Kim is a mom of the couple’s two children; first child son, Xavier Alexander Wahlberg was born March 4, 1993 and second, another son Elijah Hendrix Wahlberg who was born August 20, 2001. At the time of divorce the former Ms. Wahlberg was seeking sole physical and legal custody of their two sons as well as spousal support and attorney’s fees from her ex. 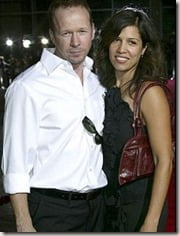 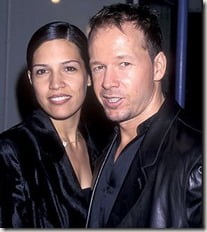 Most likely you remember the dark haired mom of two, from accompanying her famous man during red carpet events.

They both have been virtually single for about six years now, so, being in the show bizz is not weird at all her man would get with someone else.

By now, you’ve probably seen reports of Kim’s ex-hubby tying the knot for the second time to his girlfriend of about a year actress and comedienne Jenny McCarthy. The couple announced their engagement earlier this year and tied the knot on August 31.

Through the years Kim said some interesting comments about her then hubby,

“He’s so obsessive,” “sometimes you want to strangle him.”

“He’s much more romantic than me,” “He’ll come into the kitchen, spin me around and just start dancing.”

Kim’s ex, stars on CBS’ Blue Bloods is also known for being a huge Boston Celtics fan. Kim also used to attend the games with her former hubby. It is not clear what exactly happened to them but they were both on the same page about splitting. 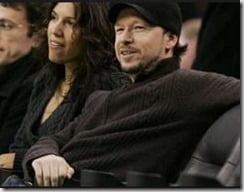 Before concentrating on his acting career, Donnie served as one of their songwriters and producers.

He has five brothers—Robert, Arthur, Jim, Mark and Paul, a chef and their business partner and co-star of the A&E reality show Wahlburgers, which focuses on their burger restaurant in their native Boston. They also have two sisters, Michelle and Tracey; and three half siblings, Donna, Scott and Buddy.

It is said the couple remain friends, do you think it will stay that way with Kathy officially in the picture?