Kimberly Arendt was arrested along with Dean Smith, 53 and John Cramsey, 50; after the three of them were stopped by a Port Authority police officer on their way to an alleged rescue mission.

John Cramsey happens to be a Pennsylvania gun shop owner, who has pledged his life to stop drug dealers and saving addicts in the wake of his daughter’s ****** overdose death. He owns a truck which features the logo of his gun shop, “Higher Ground Tactical,” and several other decals about guns, and was driving it yesterday on his way to pull a 16-year-old Pennsylvania girl out of a drug den inside a hotel.

Riding with Cramsey was Kimberly Arendt and Dean Smith in his truck filled with guns and ammunition. They were stopped at the Holland Tunnel in New Jersey due to a crack in the windshield.

The officer immediately took them into custody, they apparently will face a number of charges including weapons possession, transport of a high-capacity magazine and transport of an assault firearm. 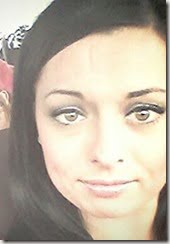 According to a port authority spokesperson, the investigation is continuing but they don’t think its terrorism related.

According to her Kimberly’s mother, Kimberly Arendt was just trying to help to Cramsey’s cause. Arendt is a recovering addict herself. Her mother, also revealed Arendt is the mother of an 8-year-old girl an does not own any guns.

According to her Facebook profile Kimberly Arendt lives in Lehighton, Pennsylvania. She has been engaged since last year. Just before leaving with Cramsey, she posted to Facebook:

Apparently everyone had a role in the rescue mission, Dean Smith is a graphic designer and magazine editor who was planning to take photos and video, according to Facebook posts.

Reports say the girl in question, was found in Queens, but told police she didn’t need to be rescued.