Kima Hamilton has become the most recent passenger to get mistreated by a major airline. Accoridng to reports, Mr. Hamilton was expelled from a Delta flight all because he had to use the bathroom at the last minute before take-off.

Several videos regarding the incident have surfaced and Kima can clearly be seen telling two employees “I don’t understand why I have to get off this plane,” as he explains he had to got the restroom due to an emergency.

Hamilton eventually complied and since then has spoken to media telling about the incident and how after he got off the aircraft, he was met by two FBI agent.

As you may recall, Kentucky doctor, David Dao sparked outrage among passengers after he was dragged off a United flight.

The incident took place as the plane sat delayed on the airport tarmac. That’s when Hamilton felt the urge to use the bathroom despite being told by a flight attendant to remain seated.

Accoridng to other passengers Kima Hamilton showed –at all times during the incident a calm demeanor and was even described as friendly and nice.

However it seems that being nice doesn’t cut it these days. Hamilton was not only humiliated after having to explain he had a bathroom emergency but he was also forced to pay hundreds of dollars for a new same-day flight. 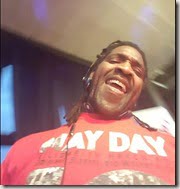 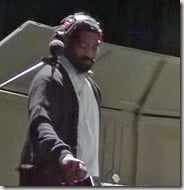 Accoridng to social media, Kima Hamilton is originally from Leesburg, Georgia but is currently a resident of Anchorage, Alaska. He describes himself as a ‘Poet, DJ, Social Engager’

His LinkedIn profile says he is a resident DJ at Spin Scapes Djs. Kima Hamilton has other hats including, Father . DJ . Facilitator . Performance Poet . Voice Over Actor . Teaching Artist. 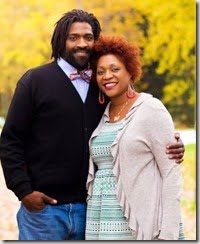 The public relations man is employed by Southernaire Entertainment. Previous work includes Blues, Hard Rock Café and Total Rebel Sound. He attended Burchell and Lee Country High and is a graduate from Valdosta State University –which he attended from 1996 until 2000.

He is married to Dasha Kelly Hamilton, together they are the proud parents of three children.