Kim Lisinicchia is the devastated wife of Scott Lisinicchia –the man who was driving the ill-fated limo that killed 20 people, including him.

Kim’s husband was born May 31st, 1963; he was 55-years-old at the time of his passing. On October 6, 2018, Scott was killed along with 19 others while behind the wheel in the tragically and unfortunate limousine accident in Schoharie, NY.

Mrs. Lisinicchia has come forward speaking to media in behalf of her now late husband. According to the grieving widow, she believes her husband did not know the limo was not in good shape and that it wasn’t supposed to be out in the street.

Kim says the company, ‘Prestige Limousine’ is to blame, not her husband. According to authorities, the company had a questionable record. 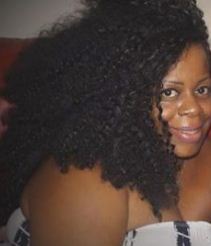 Kim Lisinicchia is a native of Saratoga Springs, New York. She is a mother of two, including 17-year-old daughter Mahogany. Kim was featured in a piece for the Daily Gazette back in 2012, doing a demonstration of her soul cooking. In the article it says she learned how to make such dishes as pig’s feet with collard greens and ham hocks and potato salad –from her grandmother while growing up in Savannah, Georgia.

According to her LinkedIn, Kim who attended SUNY and holds a Bachelor of Arts (B.A.), Theatre/Theater –previously worked at Caribbean Soul Catering. She is currently listed as the president of Fashion For Prosperity. According to a description from the organization, it performs head to toe makeovers on women that have been through domestic violence, homeless situations and recovery by providing them with a hairstyle, manicure and pedicure, makeup application and a gift bag.

Scott and Kim Lisinicchia had been married for about 11-years. She had nothing but good things to say about Scott, who began working for Prestige last year. Scott who was also an Uber driver, had driven tractor-trailers for years and later dump trucks. Following a hip operation, he changed big vehicles to become a cab driver.