Kim Foxx is a veteran politician who is currently appointed as State Attorney for Cook County, Illinois. She is the first black woman in the role.

Foxx is the first African-American woman to serve as Cook County state’s attorney in Chicago – the second largest prosecutor’s office in the country.
Last year, Foxx who was first elected to the post in 2016, was re-elected after defeating Patrick O’Brien.

The 48-year-old is also a happily married woman, she and husband Kelley Foxx have a solid marriage and have been together for many years.
Here you’ll find out everything about Kim Foxx, her husband Kelley Foxx, their careers, private details and other interesting facts about the couple.

Kelley Foxx is the proud husband of politician, Kim Foxx. The two have been husband and wife since 2001 and together are the parents of two daughters Kendall and Kai. In addition the couple also assumed guardianship of two sisters, Sydney and Savannah Abajian.

The couple met while attending SIU in 1996. The two met during Kim’s last year of law school at Southern Illinois University, and they tied the knot nine months later.

According to online sources Kelley Foxx makes a living as a Public Policy Manager. Kelley Foxx net worth is unavailable, however he surely makes his earnings from his work as a manager.

Kelley Foxx was actually born, Donny Foxx in 1972. According to the Chicago Tribune, he changed his name to Kelley Foxx in honor of his ailing mother. 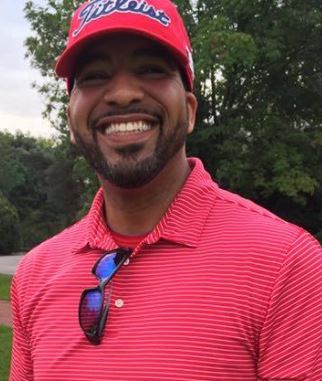 During his youth, he was in trouble with the law. According to the same story, Kelley Foxx, then known as Donny, was arrested by police in south suburban Matteson and charged with two misdemeanor counts of unlawful use of a weapon, including having a loaded revolver in his car.
He eventually pleaded guilty to one count and was given court supervision, records show.

Despite being married to his politician spouse, not many more details are known about his childhood, including the names of his parents or siblings if any.

Kelley holds an impressive resume, from where he has made most of his fortune. Some notable postitions he’s held in the past include

From Apr 2010 – Feb 2014, Kelley Foxx worked at Travelers Insurance as their Inland Marine Claims Specialist. During that time his responsibilities included handling a variety of Cargo, Logistics. Also responsible for analyzing subrogation data, for on-boarding new hires and peer mentoring.

From Feb 2014 – Feb 2016 he served as a Underwriting Professional Development Program-Inland Marine. During that time, he developed knowledge and understanding of underwriting and risk control. 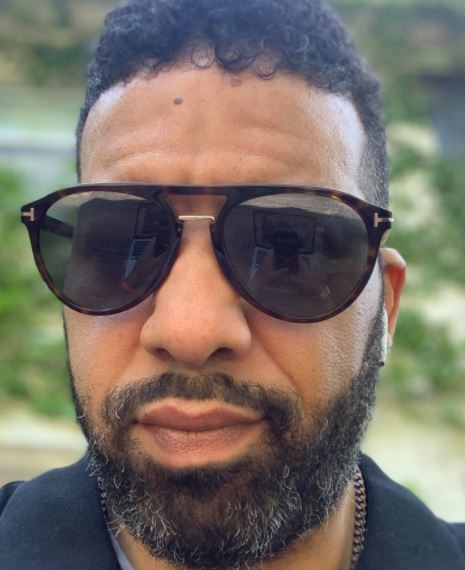 In 2016, Kelley Foxx joined The Horton Group, where he served for two years as a Sales Executive-Public Entity & Nonprofit Division-Risk Advisory Solutions.

In 2018, he was hired by World Business Chicago as an Anchor Relationship Manager, CASE.

In June of 2019, he was named Senior Manager, Government Partnerships at Bird.

Most recently, he joined Instacart in May of 2020.

Though it is not known with certainty, since his income has not been disclosed, Kelley Foxx net worth 2021 should be higher than a million dollars, that assuming he and his wife share their wealth.
Kim Foxx’s income source is mostly from being a successful manager.

How much does Kelley Foxx make a month?

Foxx is a family man, so when not working he enjoys spending time with the couple’s daughters.

Kelley Foxx and his wife, share the same age. The 48-year-old stands at a height of 5 feet and 9 Inches. His weight hasn’t been disclosed.

Kelley Foxx wife and past relationships

It is not clear who Kelley Foxx dated prior to his marriage to wife Kim Foxx. However, many may not know that the two actually married twice.

The first time, the marriage lasted a little more than two years. They got divorced when he went out of state to attend law school. But he dropped out in his second year, and they reunited and remarried. They have been together since.

Where can I find faze Kelley Foxx

Though Foxx is under the radar of the public eye, he keeps a low profile. This may explain his absence from popular platforms such as Instagram and Twitter.

However, Kelley Foxx appears to be quite fond of Facebook, where he does keep an active account.

Kelley Foxx is quite active on Facebook, since joining in 2008. One of his most recent posts, is one from last August, in which Foxx talks about Sen. Harris.

You can find him on LinkedIn and check out his complete profile here.

How successful is Kelley Foxx?

Judging by his working background, Kelley’s experience spans over two decades of ‘relationship building with internal and external partners, development of risk mitigation strategies and stakeholder engagement.
He boasts extensive civic ties and volunteers his time with several community organizations.’

Kelley Foxx is a nonprofit manager, he worked for World Business Chicago (WBC) until 2019. According to his profile his official titles is, Public Policy Manager at Instacart. 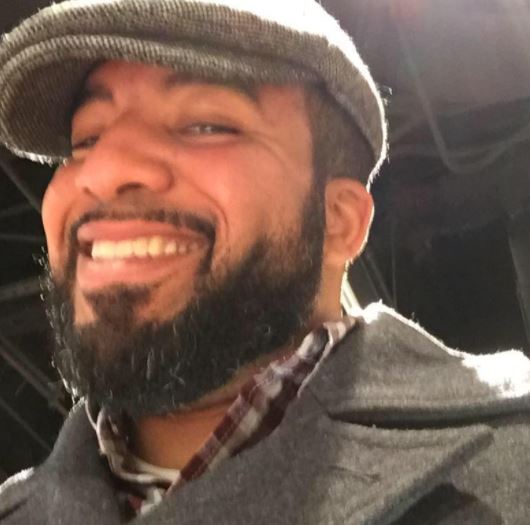 He holds a B.A., Radio & Television from Southern Illinois University, Carbondale; and an MBA from the University of Phoenix. Prior to WBC, Kelley Foxx worked at Taygo.Com, Inc.; SUA Insurance Company and The Horton Group –where he served as sales executive-public entity & nonprofit Division-Risk Advisory Solutions.

His profile also highlights that Kelley, has extensive civic ties and volunteers his time with several community organizations.

As the Public Policy Manager for Instacart, Kelley is responsible for the markets within the midwestern region of the U.S. and Canada.
Foxx uses his role to advocate for both those who use the service as a convenient way to put food on the table for their families, and for those who use the service because they are unable to go to the grocery store themselves for a whole host of reasons.

“At Instacart, our mission is to create a world where everyone has access to the food they love and more time to enjoy it together”

“I stand in the gap to use my knowledge and expertise to expand opportunities for workers across all demographics, ethnicities, and backgrounds,” “I take my role seriously and the importance of protecting those communities that rely on independent workers and app-based services for their essential needs.”

Where does Kelley Foxx live? 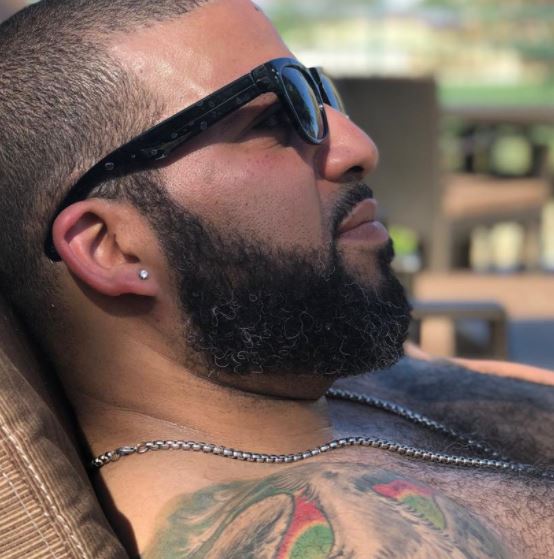 Kelley resides in Illinois with his family.

What does Kelley Foxx do now?

In 2020, Kelley Foxx was diagnosed with prostate cancer. Last August, Kim Foxx announced she would be stepping back from her political activities following her husband’s diagnose.
At the time it was also reported that Kelley was expecting to have surgery.

Kim Foxx was born Kimberly M. Anderson in April of 1972. She grew up in Cabrini Green on Chicago’s Near North Side. 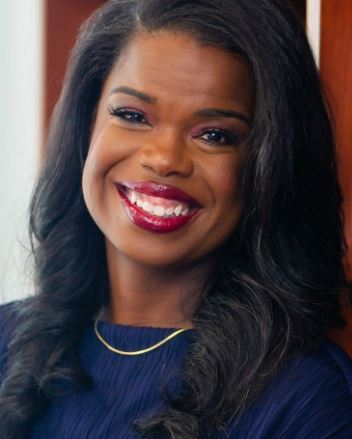 She attended Lincoln Park high school and graduated in 1990.
Kim is a graduate of Southern Illinois University, where she earned a B.A. in Political Science and a J.D. from the SIU School of Law.

She net worth has been growing significantly in recent years. Kim Foxx’s income source is mostly from her work as a public servant. According to online sources, her net worth has been estimated at somewhere between 1 and 5 million.

How successful is Kim Foxx?

Kim Foxx isn’t only an accomplished leader, prosecutor and advocate; becoming the the first black woman to lead the Cook County State’s Attorney’s Office; puts her name in history books.

She is the first and only prosecutor in the country to make felony case-level data available to the public. Her goal is to make the Cook County the most transparent prosecutor’s office in the country. 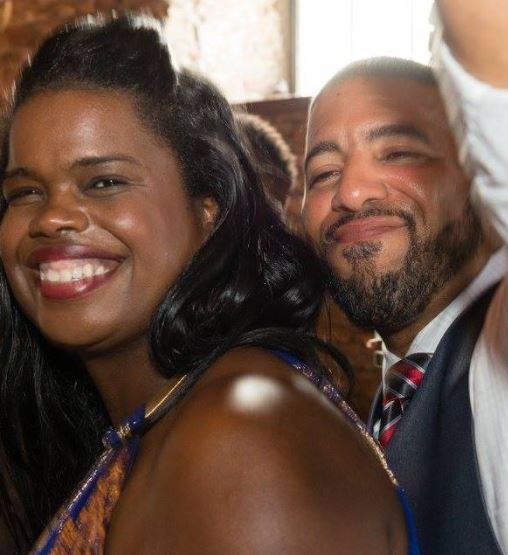 Kim Foxx has been happily married to husband Kelley Foxx for the past 20-years. Together they have two daughters.

Kim spoke about marrying her husband twice
“As I like to say, my ex-husband, I still keep in contact with him”

48-year-old Kim Foxx stands at 5-foot-11 and though her current weight is not exactyl known, she went through a dramatic weight loss around 2019.

Kim was first seen significantly slimmer around the time the of the Jussie Smollett case. Though is not clear how she did it, it is believed that with little time to go to a gym, she must have made a change in her diet/ eating habits.

Prior to taking office in 2016, she served as Chief of Staff for the Cook County Board President. She also served as an Assistant State’s Attorney for 12 years, and was also a guardian ad litem, where she worked as an attorney advocating for children navigating the child welfare system. 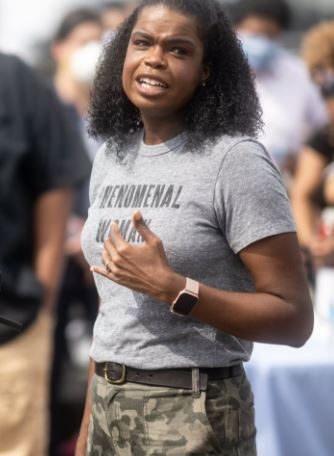 In addition to the Adler University Board of Trustees, Kim serves on the board of Free Spirit Media, where she also served as Board President.
Previously, Kim served as Board Chair of Planned Parenthood of Illinois, and president of the National Black Prosecutors Association (NBPA)–Chicago Chapter. She is a member of Leadership Greater Chicago and the Chicago Council of Lawyers.

What does Kim Foxx do now?

In 2020, Foxx who was first elected to the post in 2016, was re-elected after defeating Patrick O’Brien.