Khari Noerdlinger is the son of publicist and former top aid of Chirlane McCray, Rachel Noerdlinger. The mom of one must be devastated after her son has been accused of manslaughter!

Reports say, the 19-year-old was charged with manslaughter Monday for stabbing a 16-year-old to death in New Jersey.

Its been public knowledge Rachel Noerdlinger’ son has been a troublesome kid and prosecutors are trying to portray him as a ruthless drug dealer, the NY Daily News reports.

According to Prosecutor Gurbir Grewal, Khari Noerdlinger, 19, was fighting off the robbery attempt Sunday night when he plunged his knife into the right leg of 16-year-old Savion Lewallen, causing him to bleed to death.

Khari Nordlinger of Edgewater, NJ, who pleaded not guilty today in court, allegedly used his knife in self defense after his victim and four others were trying to rob him.

However, things get interesting after Assistant Bergen County Prosecutor Danielle Grootenboer said Lewallen worked for Khari as a drug dealer and confronted Khari because he thought Khari owed him money. 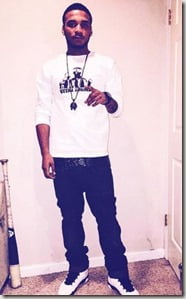 The alleged robbery took place just blocks away from the house he shared with his mother. His 45-year-old mom is not a stranger fro the public eye. Rachel Noerdlinger left her $170,000-a-year job as de Blasio administration aide in 2014 after a a number of embarrassing situations left her exposed. Among them you might remember, she was said to be dating a convicted killer.

Prior to working for McCray, Rachel Noerdlinger was a spokeswoman for the Rev. Al Sharpton’s National Action Network. She is a Mills College graduate. 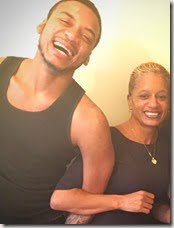 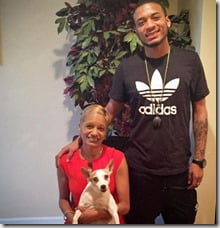 It is not the fits time Khari Noerdlinger gets into trouble with the law. He embarrassed his mom after he was arrested for trespassing in 2014. Khari Noerdlinger was busted alongside two friends who had pot on them at a notorious drug spot in Washington Heights.

Khari Noerdlinger who used to play football for his high school, was also in the middle of one of his mother’s scandals after she claimed her son had been injured in a car crash and needed to be near his doctors, justifying a waiver of a city residency requirement. But Khari showed to be in good shape.

Following the string of his mother’s revelations, it was also reported a 14-year-old Khari Noerlinger, was in the back seat of his mom’s pot-smoke-filled Mercedes when boyfriend, McFarlane was pulled over by Edgewater cops and busted for possession in 2011.

Khari Noerdlinger, 19, is being held on $500,000 bail and appeared in Bergen County Criminal Court on a charge of manslaughter.

Judging from his social media, the former high school football player, is into a career in music, under the name “Khari Lowkey.”