Khalil Cavil is a Texas waiter who fabricated a racist story that landed him on front pages but it has now been reported that he made up the whole thing.

Cavil sold himself as a victim of racism after he made public an alleged note left to him by a customer at the restaurant he works. The note which he posted to his social media read, ‘we don’t tip terrorist’ also circled his name.

Within days of the image being shared online, the post had been shared more than 18,000 times and attracted more than 7,000 comments.

After the not went viral, the restaurant banned the alleged customer and Cavil received support from people across the country. He even received money from people who sympathized with him. However, he recently admitted to the Odessa American that he was the author of the note.

Cavil who until recently worked at Saltgrass Steak House –came clean after an investigation revealed it was Cavil the actual master mind behind it. 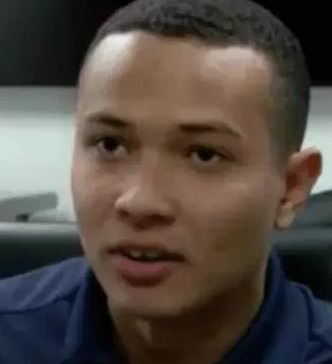 The COO of Saltgrass has invited back the customer who was falsely accused of writing the not –to dine for free.

Cavil had people from all over commenting about the fact that although he is a Christian –he was accused –according to the note –of being a Muslim –and how there is so much hatred still for Muslims. Following the news that he wrote the note himself –many have been left dumbfounded at how someone could go out of their way to accuse somebody of racism when nothing had actually happened –some have accused him of dangerous behavior.

Since then, Cavil has deleted his Facebook account. It has also been reported that Cavil is in the process of returning all the money. During initial interviews covering the racist nature of the note left to Cavil –he told reporters he felt very passionate about shedding light on racism.

Cavil –a Texas native is the son of Jamie Swindle. Khalil Cavil graduated from Permian High School and is believed to be a student at Odessa College. During his high school days he played the saxophone, clarinet and the drums. He plans to attend Dallas Baptist University and also interned at Mid Cities.