Kevin Oneale is the man who was riding along former high school football player, Cardell Hayes when he faced and ultimately shot and killed, former Saints defensive end Will Smith.

There appears  to be no confusion that 35-year-old Smith was killed by Cardell Hayes in New Orleans on Saturday night.

Hayes was arrested on the spot and the case was reported as road rage. Now, the hit and run that ended in tragedy according to Kevin Oneale’s lawyer, can be labeled a justifiable homicide.

Accoridng to police, it was late Saturday night when Will and his wife, Racquel Smith were driving home from dinner, their SUV was rear-ended by Cardell Hayes –who was driving a Hummer H2.

Smith’s car was hit so hard that he then struck another car. Cardell Hayes, proceeded to exit his car and exchanged words with Smith, The Washington Post reported. Shortly after, witnesses said he shot and killed Smith and shot Racquel twice in the leg. He then stayed on the scene, was arrested and charged with second-degree murder. Smith died but his wife was taken to the hospital where she is recovering from her shooting wounds.

It was initially reported at least one witness says Will Smith threatened to get his gun first during the argument. Cops say they found a loaded 9mm in the ex-NFL star’s car. 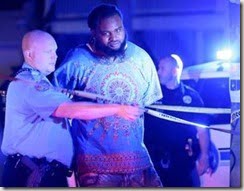 Hayes’ lawyer stated that Hayes was “not the aggressor” in the incident. Hayes, who is facing a charge of second-degree murder, appears set to claim the killing of Smith was self defense.

He will claim he was defending himself and the passenger in his Hummer when he killed Smith.

Kevin Oneale, has not been charged in the incident but has hired a lawyer. His lawyer alleges, that Hayes was protecting both himself and Kevin Oneale. Attorney Tanzanike Ruffin told NBC News:

“Smith had a gun and was going to shoot it and Cardell may have saved both of their lives,”  “In my mind, this is justifiable homicide. We assume Will Smith is a saint but he’s not.”