The couple has been together for over a decade and recently decided to tie the knot. If you didn’t heard the two got engaged earlier this year at the 2018 Met Gala. Reports say this isn’t the first time the couple talks wedding, the rapper allegedly first proposed to her in 2013 at the BET Awards. However it is unclear why they didn’t move forward with a ceremony.

Though he had been referring to Ward as his ‘wife’ for quite some time now, the two are believed to make it official in Miami this weekend.

Kesha Ward and the 40-year-old rapper definitely have history, together since 2006, Kesha and the College Park, Ga. artist are also the proud parents of three kids.

Chainz began his career as one half of Southern hip hop duo Playaz Circle. He rose to fame thanks to his debut album, United We Stand, United We Fall, which led to him being signed by Ludacris. 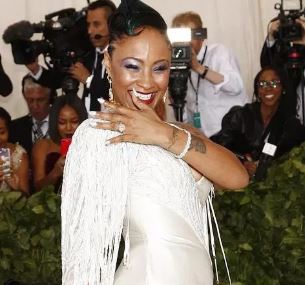 Since then, he hasn’t look back. He has had a string of hugely popular hits and has worked with the likes of Bow Wow, Diddy and Kanye West. By his side, Kesha has been providing the love and support.

Kesha who was born Nakesha, is known to lead a pretty low profile. She is the mother of the couple’s three kids, daughters Heaven, nine and Harmony, five, and two-year-old son Halo.

When not busy with her children, the soon-to-be Mrs. 2 Chainz is the owner of a preschool and childcare facility located in Atlanta, Georgia –called A Gift From Heaven. Ward also serves as the president of the TRU Foundation –a charity organization created by Ward and 2 Chainz to give back specifically to their community.