Tereasa Martin is the devastated mother of Kenneka Jenkins –the 19-year-old who was found dead inside a large hotel walk-in freezer in Chicago.

Reports say her 19-year-old daughter went missing on Friday after she apparently wondered from a party she was attending with her girlfriends. Kenneka who was partying at the Crowne Plaza Hotel in Rosemont, a suburb northwest of Chicago –was found dead in the early hours of Sunday morning.

Tereasa Martin had lent the car to her daughter, in order to attend a bowling party with her friends. Next thing she knows, she received a call from her daughter’s friends on Saturday’s early hours, after they failed to find Kenneka.

Mrs. Martin who visited the hotel three times on Saturday was able to get police to search for her daughter until late in the evening, until she was able to get a missing person’s report. 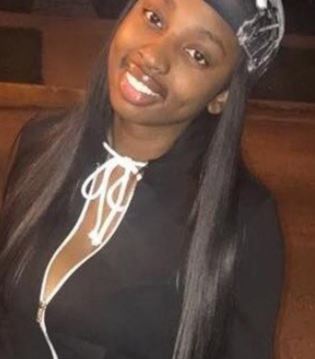 After police and hotel staff checked surveillance footage from the day before, they told Tereasa Martin, Miss Jenkins had apparently let herself into the walk-in freezer while drunk. However, Mrs. Martin told reporters her daughter would have found it hard to open the freezer doors if she was drunk.

According to police reports, Kenneka was last seen on the ninth floor at 1.30am on Saturday – around the same time she last used her phone to text her sister. 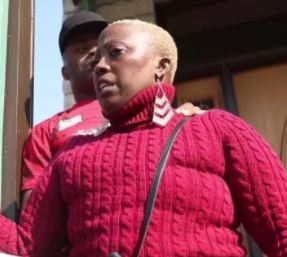 However, Tereasa Martin says she is also suspicious of daughter’s friends who had Jenkin’s cellphone and told her they were with Jenkins when she vanished from a hallway.

Tereasa Martin is also the mother of Kenneka’s older sister, Leonore Harris. The mom of two has said she is not happy with the way police handled her daughter’s case. She believes if they had taken her seriously her daughter could’ve been found alive.

Tereasa Martin –a secretary –was born in 1973. She has lived in Chicago, IL from 1999. The 44-year-old is listed as working at Lindgren rf enclosures inc.

Tereasa Martin set up a GoFundMe page in which she tells that all funds raised will go towards funeral costs and help with the investigation. An official cause of death for her daughter, is yet to be released.