Ken Krug is the security guard who stopped an armed thief at a busy mall, 25 miles from Manhattan!

According to the NY Daily News, as the robber fled he was grabbed by Ken Krug –who happens to be a retired NYPD detective sergeant.

During the struggle, the suspect fired one shot that struck a 67-year-old mall shop employee who was standing outside the Rolex store.

Krug was aided by off duty NYPD inspector Kenneth Lehr and two other security guards. Lehr picked up a pair of handcuffs from the floor and slapped them on the suspect.

Lehr –who works in the NYPD’s Fugitive Enforcement Division –was doing his own Christmas shopping when he heard the mayhem at Roosevelt Field Mall in Garden City –and quickly set out to help out.

He told media outlets: “I did nothing heroic” and instead lauded the security guards.

While some praise what Ken Krug did, others are not agreeing. Social media comments include some of those who think Krug’s actions led to the discharging of a robbery suspect’s weapon which hit a 67 year old male store employee and ignited a mall wide stampede and panic by mall shoppers.

“Had you followed Off-Duty procedure 101 –which includes: follow suspect(s) call for back-up or in this case 911 –much anxiety, pandemonium and injury to victim would have be avoided.” Facebook user Tony Lobo posted.

Props to my brother Kenny (Retired NYPD Sgt) working security at Tourneau in Roosevelt Field Mall for grabbing the gun of an armed robber and wrestling him down to the ground. Perp fired off one shot striking an elderly mall employee (stable condition), gun was secured and apprehension and arrest was made. 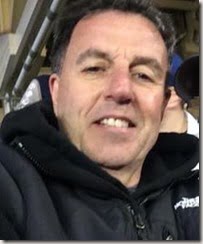 Thanks for all the calls,texts etc. about the incident at Roosevelt Field. I am ok. A couple of knots on my forehead. Maybe will knock some sense into me. Armed perp was apprehended. Say a prayer for the Macy’s employee who was shot in the shoulder and bullet is still lodged in his neck. They are leaving it there for now. He should be ok. By the way, don’t believe the **** in the media. If you want the real story, I will tell you….They are already calling my house. Going for a beer and wings now

Ken Krug, born Kenneth Krug, retired from the NYPD in 2003 after 20 years on the job. What do you think of Ken Krug’s actions? Did he follow proper training or did he made things worse for the mall employee and possibly others?

The employee is said to be in stable condition. 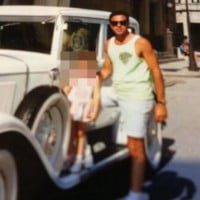 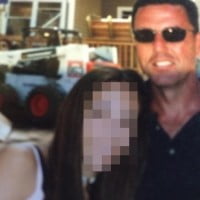 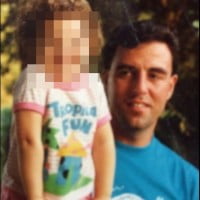 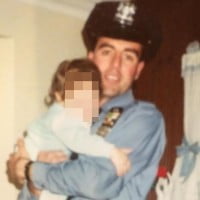 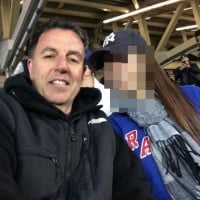 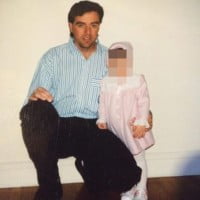 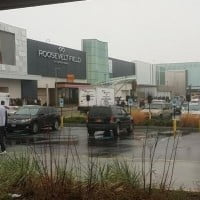