Kelly Sadler, the blonde working as a White House staffer could use some people in her corner right about now.

Kelly Riddell Sadler is a Special Assistant to President Trump, she recently got herself in major trouble after an insensitive comment about Senator John McCain came out of her mouth.

She made the awful and inhumane comment after McCain revealed his opposition to the nomination of Gina Haspel for CIA director. 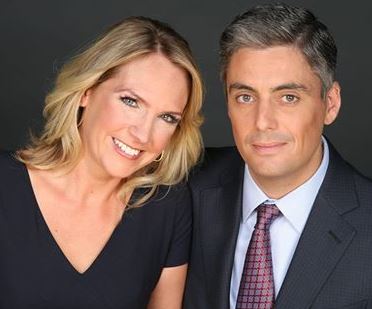 Since then, John McCain’s wife and (Cindy McCain) and daughter, (Meghan) have slammed Kelly Sadler –taking to twitter to defend the senator.

According to a LinkedIn page, attended Hamilton College in New York –where she completed a BA in Chinese and International Relations. She also holds a Masters degree in Broadcast Journalism from Northwestern. Kelly worked at Kaiser Associates and Bloomberg before becoming an Editor and Reporter for The Washington Times.

She landed her job at the White House last May under the role of Special Assistant To The President and focuses on illegal immigration.

Her husband, Frank Sadler is a public affairs consultant and lobbyist. Together the couple are the proud parents of three small sons.

Frank served as businesswoman Carly Fiorina’s campaign manager during her attempt to become the Republican candidate for U.S. president in 2016. According to his LinkedIn page, he also attended Hamilton College from 1997 until 2001 –where he obtained a Bachelor’s degree, Economics and Political Science.

Following his graduation he landed a job with U.S. Senator, George Allen. From 2009 until 2014 he served as Chief Operating Officer at Cove Strategies. He also served as Executive Director for the Unlocking Potential Project. Frank Sadler is currently listed as Chief of Staff for Carly Fiorina.

Do you think Frank’s wife should still have a job?