Kellie Houser  is the estranged wife of John Russell Houser who killed  2 injured 9 more before turning the gun to himself at the screening of TrainWreck in Lafayette, Louisiana on Thursday July 23, 2015. 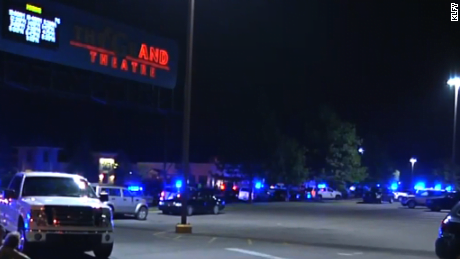 Kellie Houser knew her husband John Russell Houser known as Rusty Houser had a  mental  problem, but not even her suspected the  man she once loved and with whom she had a daughter would be the crazed shooter that killed two young innocent women, wounded  9 people and ultimately killed himself.

According to the docs filed by Kellie Houser and other member of the family John R. Houser  had volatile mental state” and “a history of mental health issues, i.e., manic depression and/or bi-polar disorder.

But by the time he got out the mental institution he still showed a violent behavior, leaving Kellie with no other choice but to asked for a a protective order preventing him from coming near her and her family.

Kellie is a fourth grade teacher an Elementary School in Georgia. Kellie separated from her husband on December 23, 2012; she filed for divorce on March 24, 2015.

Daughter Kirbey is a case manager at Public defender Office and the Atlanta based contributor for The Examiner. She and hubby Andrew are he proud parents of a lovely girl.