Brittany Gonzales is the lovely new wife of TV and film actor and model, Kellan Lutz –best known for his role as Emmett Cullen in the Twilight saga.

Brittany and her now husband had been dating for a while before tying the knot earlier this month. The newlyweds announced their recent union on Thanksgiving Day with a romantic post.

The North Dakota actor found fame as a blood thirsty vampire on the Twilight Saga series from 2008 until its last installation in 2012. Since the Twilight madness, Lutz –who is also a sough after model –has appeared in high grossing movies such as the 2011 film Immortals, the 2013 animated film Tarzan, The Expendables 3 (2014), and the 2014 film The Legend of Hercules.

Born Kellan Christopher Lutz on March 15, 1985 to Karla and Bradley Lutz, as one of eight children, Kellan chose to pursue a career in acting while also attending Chapman University. In 2004 he landed a recurring role on Model Citizens and The Bold and the Beautiful. Early in his career, he also appeared in Accepted, Prom Night, and Ghosts of Goldfield.

As a model, he was one of the male models featured in Calvin Klein’s underwear campaign in 2010. When not working, Lutz, a devoted Christian, enjoys outdoor activities and the company of his hot wife, Brittany Gonzales. While Lutz is recognized for his work in action films, his **** wife doesn’t stay too far behind. 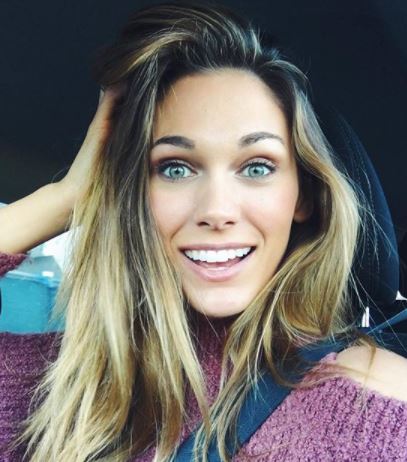 Brittany Gonzales is a stunning TV host and model. She and Kellan began dating in 2016. The couple announced their engagement last October while Kellan did an appearance on the Steve Harvey show. 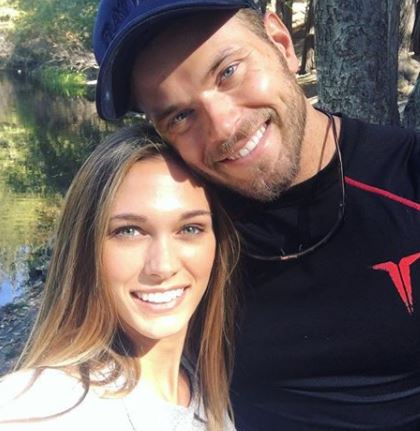 Miss Gonzales used to work in the audience department for the talk show host’s series Family Feud in Atlanta. She also hosts shows for Juce TV Network like the XVZ –or Xtreme Video Zone, the monthly countdown of the Top 10 Christian Music Videos nationwide, as tabulated by JUCE TV.

She currently runs her own blog called, ‘Beautifully Britt.’ On the platform she shares DYI, fashion, food and lifestyle tips and tricks.

She tells her readers,

Hello! Welcome to my little online lifestyle journal based in sunny Southern California. There is so much in this life that I’m passionate about so I thought I would (finally) start a little outlet to share those things with the world! My goal is to share, inspire, and connect with people like YOU. 🙂 Hope you enjoy your time here!

Brittany Gonzales now goes by Brittany Lutz, check her out on Instagram here.