Kay Longstaff is a British woman whose rescue is being called miraculous after she spent hours lost at sea.

Most are not as lucky as Mrs. Longstaff who fell from the back of the Norwegian Star cruise ship over the weekend and spent 10 hours floating in the Adriatic Sea. Reports say at least one person is lost a month from cruise ships over recent decades.

46-year-old Kay and her boyfriend were sailing to Venice from the port of Vargarola near Pula, Croatia. Reports say she went overboard sometime before midnight on Saturday night. 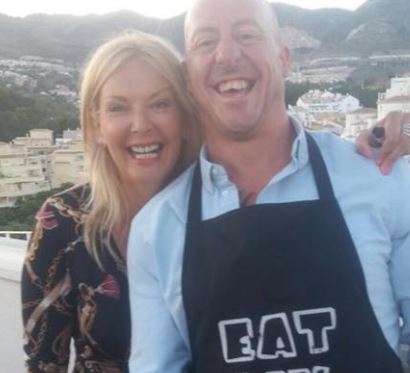 After the rescue, her partner was released as footage revealed she was on her own when she fell to the water. Reports claim the Cheltenham native climbed and jumped off the rail of the cruise after having been arguing with her boyfriend earlier in the day. It is also believed that she and her partner had been drinking as multiple witnesses said so to investigators.

Though some witnesses say the blonde jumped off, Kay told reporters she fell off the back of the cruise and credited her yoga training with keeping her fit enough to survive.

According to the boyfriend, the couple indeed had been drinking and he left her alone and went back to his cabin. He was then woken by the crew to say they thought she was missing. The incident was reported by the captain early Sunday morning. After the cruise ship had circled back around, the Croatian coastguard joined the search and were able to find her about a mile from where she jumped.

Kay Longstaff is a former air hostess for Virgin Atlantic and now works on private planes. She is active on social media and has tons of photos along with friends and her boyfriend. The couple currently resides in Spain.

After her rescue, Kay Longstaff was treated by medics and taken to hospital in Pula where she was kept before being released on Monday.