According to a report from People, Allison Calhoun Dennis, reportedly died on Aug. 7 after battling an “extended illness.”
Allison is survived not only by Kathryn, but her husband, Luke Dennis, and her son, Luke Dennis Jr.

Allison is said to have ended cancer treatment last year but had experienced health issues earlier this year.
Allison’s daughter is well known for her passions in fashion and home design. She is a brand ambassador for local Charleston department store Gwynn’s. Allison’s daughter is also a creative partner at Gwynn’s Studio. Additionally, she launched an upscale children’s furniture line. 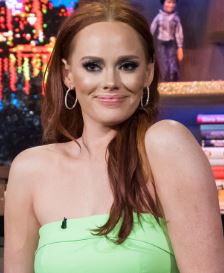 Allison gave birth ot her daughter in Charleston and raised her on the locally well-known and family owned Lewisfield Plantation.
Allison’s father-in-law was Senator Rembert Coney Dennis, who served for 50 years in South Carolina legislature.

Her daughter followed her rich heritage and studied politics, journalism and feminism at The University of South Carolina, and worked at both federal and state levels. She left politics and moved back home to Charleston where she met Thomas Ravenel, with whom she shares two children with, Kensington, five and Saint, three. The two however, are divorced and in the midst of custody battle.
Allison Dennis made headlines after she showed her support for her reality TV star daughter. Last month the supportive mom, went to court to back up her daughter in the battle with Thomas Ravenel.
She alleged Thomas Ravenel drugged her daughter Kathryn Dennis when they were together. She also filed a declaration of support for her daughter. Allison Dennis said her daughter should get her children back.