James A. Johnson was the second husband of Katherine Johnson -best known as a legendary NASA mathematician.

James’ wife who was regarded as one of the pioneers of the space age -has died at age 101. Katherine’s historic trajectory of the ‘human computer’ played a key role in the Apollo 11 moon landing. Her achievements were critical to the success of spaceflights and also became the subject of an award-winning film, Hidden Figures tells the story of female African-American ‘computers’ at NASA.

As a female African American in the 60’s she shattered stereotypes in the process.
She was born Katherine Coleman in White Sulphur Springs, West Virginia on August 26, 1918. At the age of 18, Johnson graduated summa *** laude with degrees in both mathematics and French.

Johnson began working at NASA’s predecessor, the National Advisory Committee for Aeronautics’ in 1953 at the Langley laboratory in Virginia. During her 33-years at NASA, she did trajectory analysis for Alan Shepard’s 1961 mission Freedom 7, which was America’s first human spaceflight. She was best-known though for work that greatly contributed to the first American orbital spaceflight, piloted by John Glenn.
She also co-authored one of the first textbooks on space while while working in NASA’s Flight Dynamics Branch at the Langley Research Center.
Mrs Johnson was preceded in death by her second husband, James A. Johnson. From her first marriage to James Goble in 1939, she had three daughters: Joylette, Katherine, and Constance.

Goble passed away in 1956 from a brain tumor. In 1959, she married Jim Johnson who died in 2019. The two remained married for six decades. 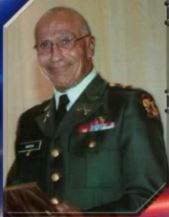 James A. Johnson was best known as Jim, was a captain and lieutenant in the United States Army.
Lieutenant Colonel James Johnson, served in the US Navy during World war II. He was commissioned in 1951 as a Second Lieutenant in the United States Army and served during the Korean War.
He joined the 786th field artillery in the Army reserve in 1956 where he was promoted to Captain.
After his promotion to major, he returned to active duty after being called on a red alert during the Berlin crisis. He was then promoted to Lieutenant Colonel.

The longtime couple made their home in Hampton, Virginia.