Karan Bindra was the partner of Surely Miller -a well-know yoga instructor who tragically died earlier this week in the Dominican Republic.

Karan’s partner lost her life after being dragged into the sea. Surely is said to have been caught in a rip current as at least one friend watched while unable to help. She was reported missing Tuesday and was found the next day 2 miles away from the shore by a fisherman.

Surely Miller was 40-years-old, she is survived by three children sons Dylan, Miles and Preston ages 9 to 15. A GoFundMe campaign was launched to help raise money for Miller’s children. 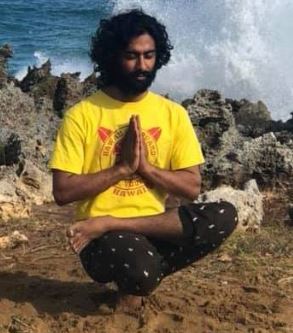 The mother of three owned and taught at the Surely Miller Yoga studio in Slatington, north of Philadelphia. She previously studied in New York, Miami, Orlando, Allentown, Washington D.C., Mexico and the Dominican Republic and went through intensive yoga studies in South India, according to her bio.

She and her partner, Karan Bindra moved to the Island from Pennsylvania six months earlier. Miller, Bindra, and her children settled in Perla Marina.

Bindra was with her when Surely tragically died. The two accompanied two other friends to Sousa beach in Puerto Plata on Tuesday. Karan Bindra told The Morning Call

“We were playing around having fun,” “Before we knew it we were both sucked into a current and were being swept away from the beach into a large coastline of sharp rocks.”

Bindra said he was able to survive by “surrendering to the ocean”. He added he shouted for help but could only watch helplessly as Miller was carried away.