Jenn Marie Earle is the lovely wife of Nashville singer, Justin Townes Earle -known as the son of famous country rock musician, Steve Earle and who suddenly died over the weekend.

Jenn’s husband followed into footsetps of his father becoming a singer and songwriter, the musician battled addiction for years however the exact cause of his death is unknwon at this time. He was 38.
During his career, he released eight albums and was honored twice at the Americana Music awards including for his best-known song, Harlem River Blues.
He spent at least 12 years in the business and released his eighth album in May 2019, The Saint of Lost Causes, on New West Records.
He is survived by his wife, Jenn Marie Earle and one daughter.

Jenn Marie Earle was born Jenn Marie Maynard, she and Justin had been married since 2013. She gave birth to the couple’s only child, a daughter named Etta St. James Earle, in 2017. 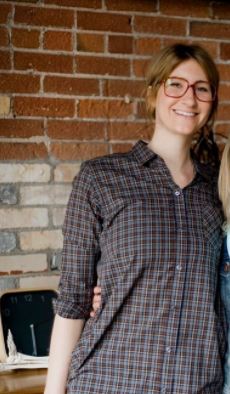 The now widow and mother of one, is a Gyrotonic instructor and the founder of the Pilates studio En Route Movement in Salt Lake City.
According to its website, Jenn Marie Maynard-Earle founded the studio, remaining true to the intentions of Joseph Pilates repertoire and the expansiveness of the Gyrotonic Method, in 2007.
She ‘created a truly unique studio that provides a most genuine movement experience’ however, she left her role at the studio in 2014.

It is though that Jenn Marie Earle moved a lot of places during the last few years, due to her husband’s time on the road. Though it is not exactly clear how the two met, reports say the got together sometime around 2011 and were married in 2013.

Though is clear, Jenn Marie has kept a low profile despite her husband’s status, she was praised by Justin in past interviews. He told a reporter back in 2017: “I find myself a lot more comfortable in life – I have a wonderful wife, and I don’t have all the same problems”

During their time together, the couple lived in California and Portland.

The Pilates lover has a profile on social media but is currently set on private.
We send our condolences.