Richard Vinneccy has identified himself as the man who was once in a romantic relationship with Julie Swetnick.

Richard’s former girlfriend is one of three women who have come forward in accusing Brett Kavanaugh – Pres. Donald Trump’s pick for the high court.

His former flame grabbed headlines in recent weeks after she pointed Brett Kavanaugh and classmate Mark Judge of raping her back in the 80’s. Julie said in a sworn statement, she was at a party where she was incapacitated without her consent due to a drug that was placed in her drink at the time. She says she was unable to fight the boys raping her and says Kavanaugh and Judge were among them.

55-year-old Swetnick who previously lived in Maryland graduated from Gaithersburg High School. She went onto attend Montgomery College and the University of Maryland.

According to her LinkedIn, she is currently listed as working for a private insurance firm. 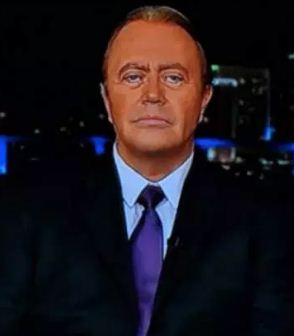 Her accusations against Kavanaugh have been put to question due to inconsistencies. Richard Vinneccy also came forward saying he doesn’t believe his former romantic partner; and that during their time together, she never once mentioned gang rape to him. Swetnick dated Richard Vinneccy for about seven years.

Vinneccy revealed to Fox News, that after the two broke up, Julie threatened his family and was “fixated with lawsuits.” 63-year-old Richard Vinneccy further said he went as far as to file a restraining order against her back in 2001. He said Swetnick continued to threaten him even after he married his wife and had a child. This adds to the theory that Julie suffers from mental issues.