Stella Moris has been identified as the lady who most recently became romantically involved with Wikileaks founder, Julian Assange.

The award winning journalist had remained in the Embassy of Ecuador in London since 2012 –but last year he was dragged out and has been held in the high-security Belmarsh prison in London.
It is now being revealed that, Assange has fathered not one but two children.

Assange came to prominence due to a number of American documents he leaked into the online platform known as Wikileaks -back in 2010. Following a US criminal investigation and a request for his extradition to Sweden he surrendered himself to UK authorities and spent 10 days in solitary confinement. He was released on bail and was granted asylum by Ecuador in 2012.

Born Julian Paul Assange on July 3, 1971; the Aussie launched Wikileaks in 2007 and was even named Person of the Year in 2010.
Prior to his role in publishing secret American documents, the Australian born had been questioned months earlier in Sweden over allegations of sexual assault and rape –accusations he denied and have since been dropped. However Assange decided to stay in the Embassy due to fear of US extradition.
Assange who is a father of one adult son, has been described as promiscuous. He and wife Teresa welcomed son Daniel in 1989.
Assange has had his ups and downs with women; he is also said to have seduced the girlfriend of a well-known American reporter. In addition, he was linked to both Sarah Harrison and Pamela Anderson. Now we can add Stella Moris to the list. 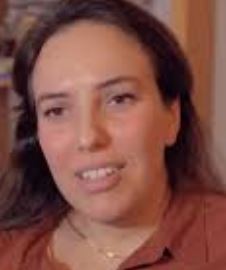 Stella Moris and Assange met back in 2011 after she joined his legal team. In her own words, Moris has said that the couple got together in 2015 after falling in love.

37-year-old Stella Moris is a legal analyst who is part of the international legal team working for Assange; and who has since given birth to two sons, Max and Gabriel.
According to outlets, Moris is not involved in the current extradition case.
Stella Moris also explained her decision to reveal her identity, was an effort to support Julian’s recent bail application due to the current pandemic and which was ultimately denied.

The mother of two has been described otherwise as extremely protective of her privacy.