Judy McCarthy is the wife of the House Majority Leader – Kevin McCarthy. Judy McCarthy’s husband stunned when in an abrupt move he ended his bid in pursuit for the Speaker’s race.

According to reports, the 50-year-old shared with the Republican Conference his determination: that he could not get the support he needed from conservatives and had decided to step down!

McCarthy had been widely expected to win the House GOP’s secret-ballot nomination on Thursday and was said to be John Boehner presumed successor.

McCarthy said the party is “deeply divided” hence, his decision to drop out. Even thought he could have put together the 218 votes he needed to win the formal House election later this month, he would begin his term a crippled leader, The Atlantic reports.

Other theories include, the real reason he ended his candidacy, is because he mishandled a Fox News interview on the Benghazi investigation.

What does Judy McCarthy thinks about her husband’s decision? 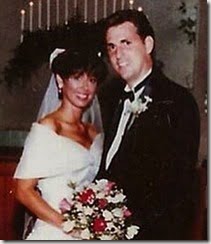 Judy McCarthy was born Judy Ann Wages in 1965. A few week ago, Kevin posted the photo above to Instagram, and captioned: “I’ve fallen in love many times… Always with you. Happy Anniversary.”

Judy McCarthy  was Kevin’s high school sweetheart. She worked alongside him in his first business venture, a sandwich shop he opened at age 20 after investing a few thousand dollars he’d won in the lottery. He sold the business a couple of years later and used the proceeds to help put himself through college and graduate school at Cal State Bakersfield.

He was first elected to the House in 2006, but hardly arrived in Washington as a political neophyte. He previously worked for more than a decade for former Rep. Bill Thomas.

The couple has two kids, a son, Connor and a daughter, Meghan, and whenever Kevin is in town from D.C.; they often appear at local events.

We don’t think Judy will have much of an objection with her husband’s move, now her man won’t have to sleep on a sofa like he does when he’s in Washington.

Judy –who is a woman of faith –and her hubby had been seeking for God’s will and ultimately felt it was better not to move forward.

Judy Mccarthy worked for the Hoffmann Hospice. She is listed in the Campaign Cabinet Members as a Hospice Advocate.